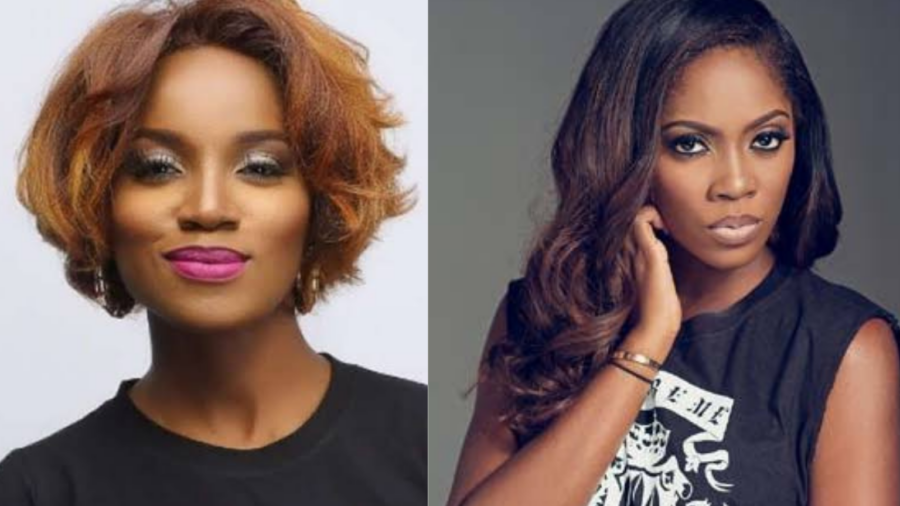 It seems things are definitely not smooth between the two Nigerian divas as a very controversial video of them exchanging harsh insults at themselves has gone viral on the internet.

According to the reports from eyewitnesses, Sheyi Shey approached Tiwa Savage to say hello in a beauty spa, but Tiwa rebuffed her pleasantries and lashed out with combative words at the Nigerian Idol judge. In their altercation, Tiwa Savage mentioned that Sheyi Shey was peddling false gossips about her to Kenyan artists, Victoria Kimani. The details of the gossip wasn’t mentioned by Tiwa but many would believe that it had to do with Victoria Kimani’s accusations of Tiwa Savage being behind her getting blocked from performing in a show in Lagos some years ago.

It seems Tiwa believes that Sheyi Shey was the one who told Victoria Kimani that she was responsible for her embarrassment. Perhaps the highlight of the fight was when Tiwa Savage shouted, “your nyash is the dirtiest”. The video was released by the controversial blogger, Tunde Ednut, and it has since gone viral across the internet. See the video below:

Drop your thoughts on what you think about this scene