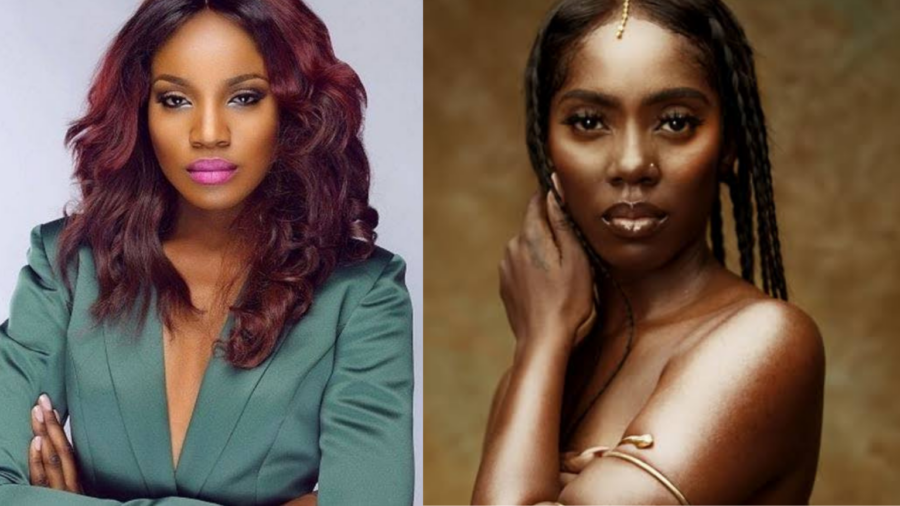 Obviously the heat from the Tiwa Savage and Seyi Shey clash is still on as Seyi Shey has gone ahead to reveal some details on her relationship with Tiwa Savage. In the recorded phone conversation with Pulse Nigeria, she revealed that she co-wrote Tiwa’s mega hit song “Lova Lova” with former Star Boy artists Ceeza Milli.

The melodic track which featured Port Harcourt music veteran, Duncan Mighty, was a huge plus to the catalogue of the acclaimed queen of Afrobeats. Seyi Shey went ahead to reveal that she called Tiwa Savage after listening to the song on a popular platform and then requested that she give her the due song writing credit, but Tiwa refused, sighting that the song was already in circulation and that she didn’t believe Seyi was a co-writer of the song.

In the conversation, Seyi also explained how Tiwa Savage was venomous to the extent of saying that “she could not have a child because she had a dark spirit”

Will this bitterness between the two divas ever come to an end? Drop your comments on this