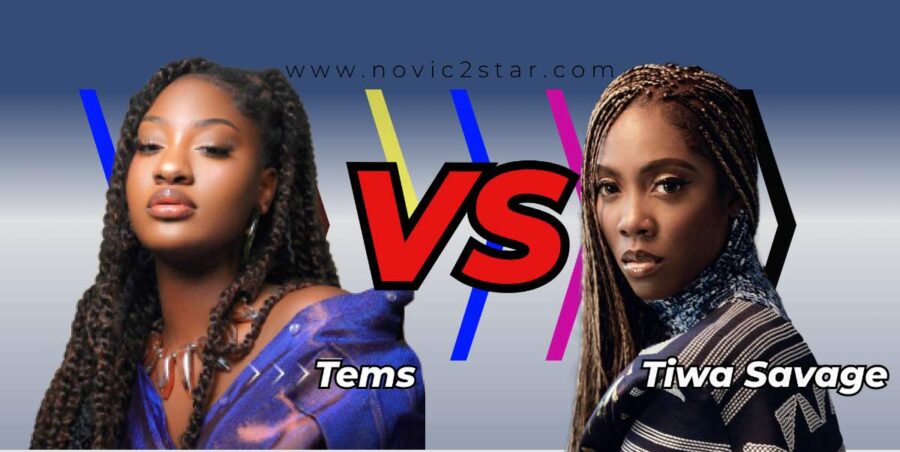 We are trying to find out who is between these two Nigerian Afropop singers, Tems and Tiwa Savage.

Tiwa Savage who left Mavin records in 2019 to is now with subsidiaries of Universal records (Capital records and Island records). Tiwa Savage with two studio albums (Once Upon a Time, 2013 and R.E.D, 2015) has won several awards in and out of Nigeria including the prestigious Headies Award for the best collabo category in 2018.

Tiwa Savage’s new record Somebod’s son off her recently released Water & Garri extended play is still one of the hit songs released in 2021.

So far in 2021, Tems is inarguably the hottest female artist in Nigeria. She recently recorded over 14 million monthly listeners on Spotify ahead of Wizkid, Burna Boy, and CKay. She is Apple Music’s UP NEXT. She got a collaboration with Drake on his Certified Lover Boy’s album. She linked up with Rihanna, had Justin Bieber jump on Essence remix and got two songs on Billboard HOT 100.

Comparing them in terms of their popularity, who do you think is bigger between Tems and Tiwa Savage.