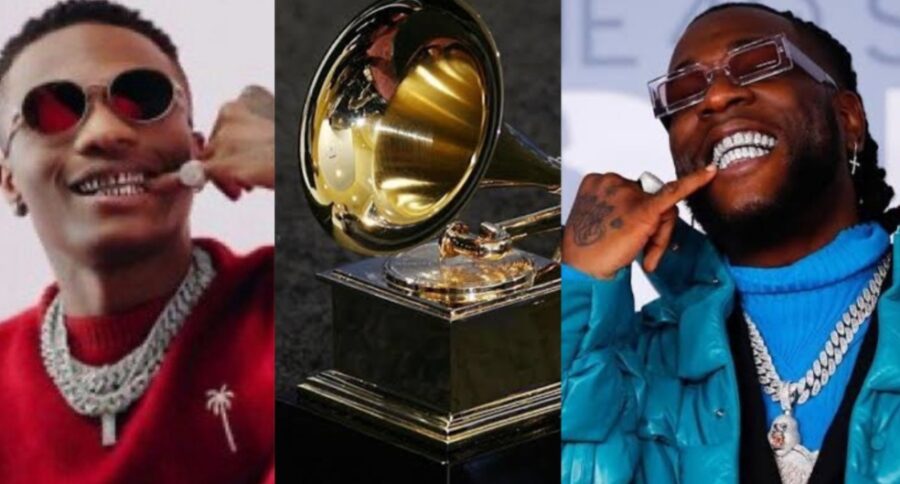 Wizkid following his contribution of Brown skin girl claimed his first Grammy award on his second nomination. He won the Best Music Video at the 63rd Grammy award ceremony held sometime this year.

Burna Boy on the other hand, still on his second attempt won the Best Global Music Album with his fifth studio album Twice As Tall.

Though Burna Boy has no recent album, he dropped a few singles and videos and could as well be considered for nomination.

Between Wizkid and Burna Boy, who are you supporting to get a Grammy award nomination tonight?

Let’s have your thoughts as comments below