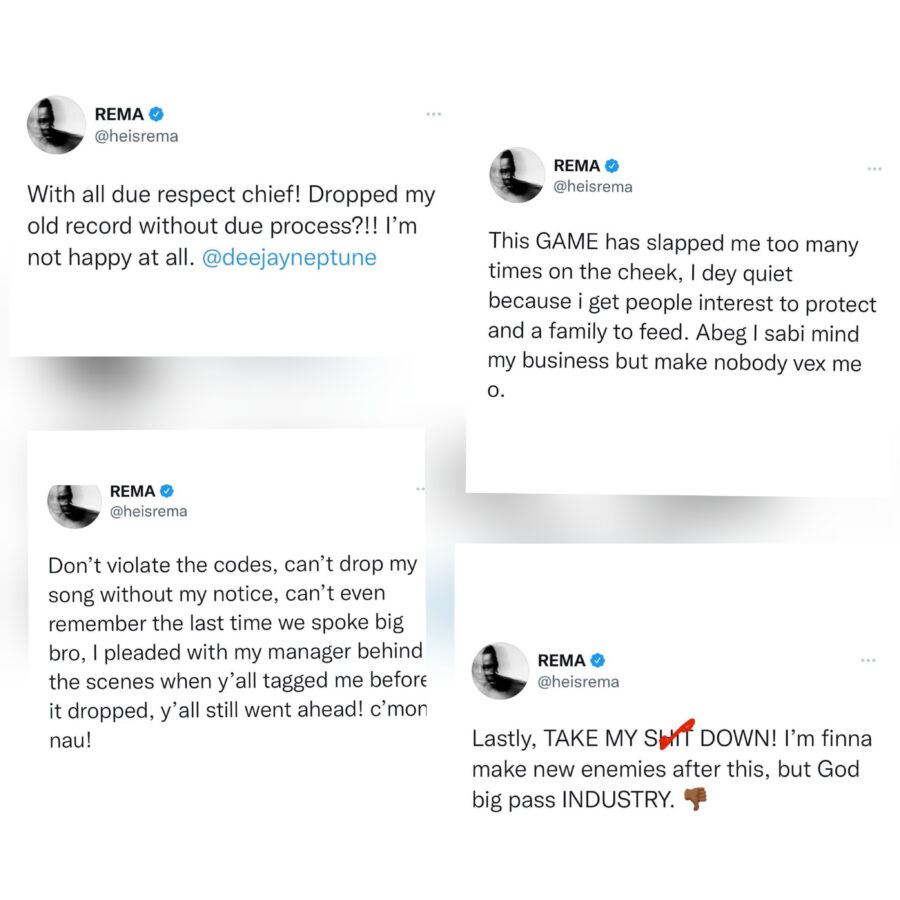 Mavin records star Rema has expressed his displeasure in a thread of tweets about DJ Neptune went ahead to release their song without his consent.

“For You” was released just this morning off DJ Neptune’s forthcoming album “Greatness 2.0” and from the looks of things, it took Rema by surprise as he wasn’t informed prior to the release of the song.

According to the tweets made by Rema, he and DJ Neptune have barely had conversations about this topic and he’s very disappointed in the veteran disk jockey for doing this.

He has also asked DJ Neptune to take down the song from the platforms it has been uploaded to.