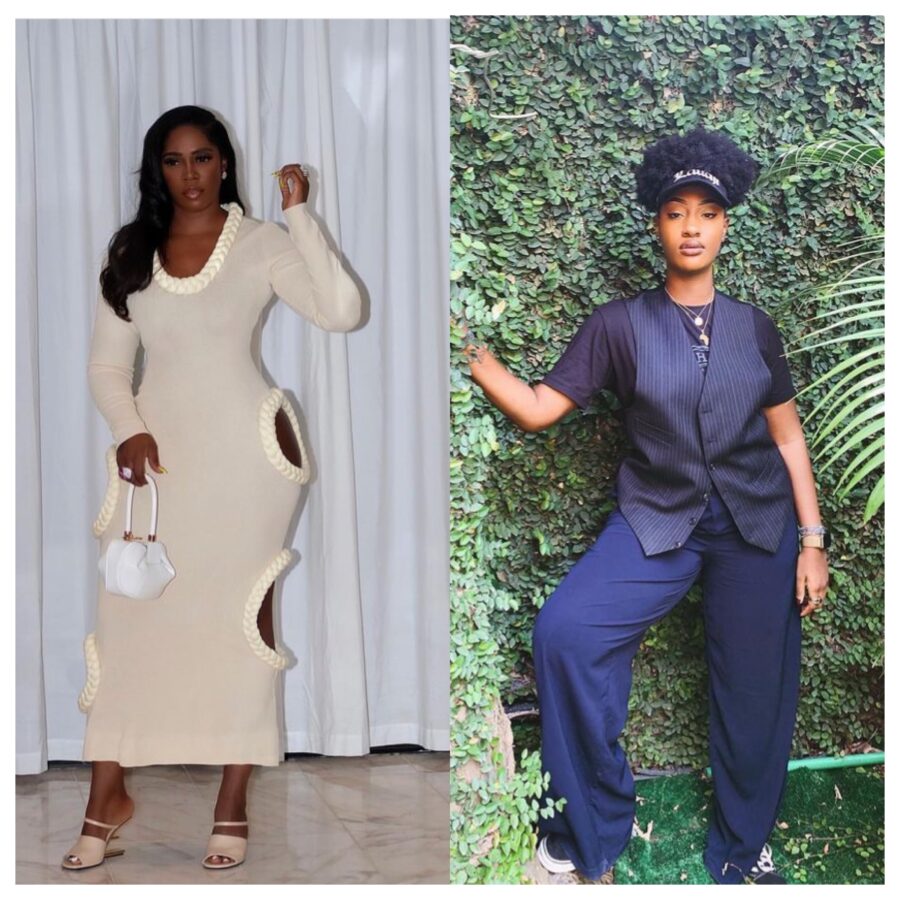 Between Tiwa Savage and Tems who is a better singer twitter users compare these Artists.

Temilade Openiyi goes by the stage name Tems is a Nigerian singer, record producer, and songwriter who came to stardom through the success of her 2019’s Try Me.

She was featured in Wizkid single Essence from the album Made in Lagos which has been making waves since the release on 9 April 2021.

She was also the only African female singer that was featured on Drake’s Certified lover boy album, and she has been going international after then.

Recently, Tems was seen in studio together with highlife duo The Cavemen, and hip-hop duo Show Dem Camp making music.

Tiwa Savage has been in the limelight for decades with numerous hit songs and has received several awards from her first MOBO Award nomination in the category of Best African Act and won the prize for Best Female at the 2014 MTV Africa Music awards to different endorsements and youth empowerment projects. She appeared in the 2019 soundtrack The Lion King: The Gift and her song Somebody some will find me ft Brandy has been successful so far.

Since her rise to fame, she has been constantly compared with Artists like Yemi Alade, Seyi Shay, Simi, Niniola and Teni.

Twitter users have been comparing the artists on who is a better singer, whilst some people said Tems is a new generation singer and has influenced some upcoming artists like Arya Starr and Fave because they sound alike. Some are saying that Tiwa Savage was able to hop into ‘Diet’ ft Reminisce x Slimcase x DJ Enimoney that Tems can’t do some such song.

Between Tiwa Savage and Tems, who do you think is a better singer?

Tiwa Savage covering 2Baba’s Only Me on uduX XSwitch might be one of the best covers in recent times. Tiwa cannot be compared to Tems. She will land us crazy things cover but can Tems land us codeine diet ? pic.twitter.com/6JqAayauEi