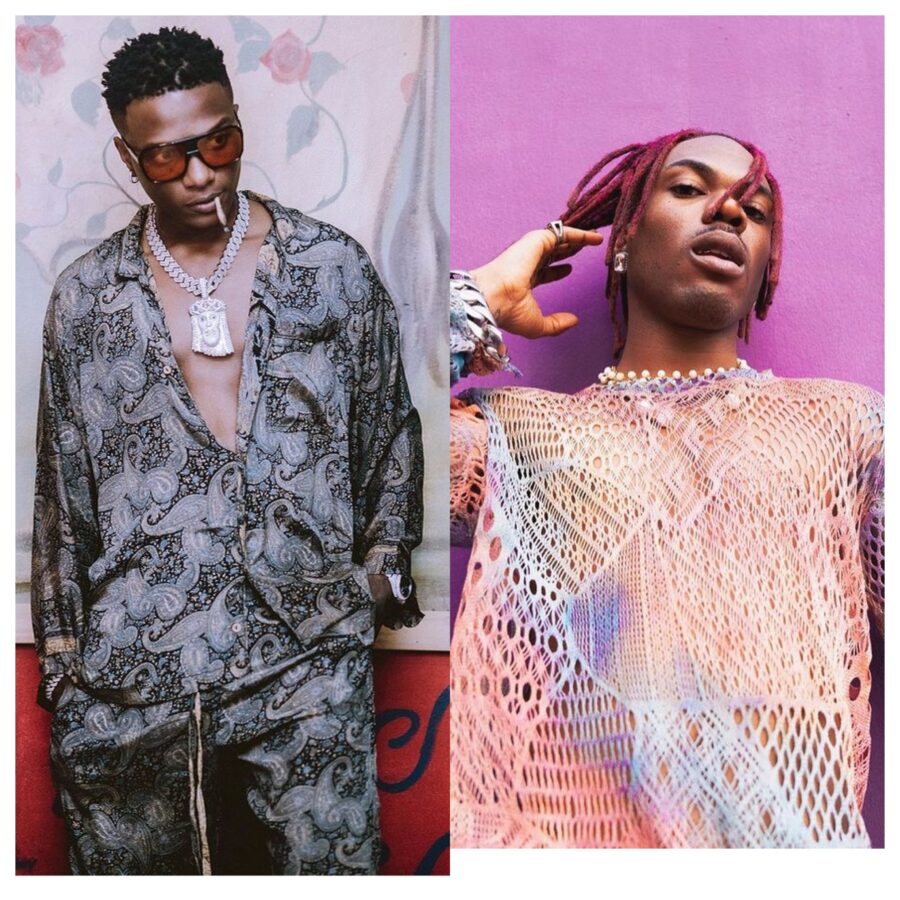 Between Wizkid and Ckay, who has more achievements? 30BG, Wizkid FC and Ckay fans compare the artists.

Ayodeji Ibrahim Balogun, who goes by the stage name Wizkid, is a Nigerian Singer and songwriter is being compared to a fast-rising star and colleague Ckay.

Chukwuka Ekweani goes by the stage name Ckay is a Nigerian singer, songwriter and record producer who rose to fame through the help of his single ‘Love Nwantiti’ ft Axel and DJ Yo, which went viral on TikTok and has been topping charts.

After the release of his album titled ‘Boyfriend’ in 2021, Ckay has had massive attention, which comes with high revenue and streams on different streaming platforms as he appears on Billboard top 10 global, Hot 100 and more. He got featured in Davido’s album “A BETTER TIME’. Ckay’s ‘Love Nwantiti’ (original version) has become the first African song to hit 350 million Spotify streams while he was the most-streamed African artistes on YouTube globally last year (2021) followed by Wizkid with 576 million streams.

Big wiz has been in the limelight for decades with many hit songs and has received different awards, He is the most awarded artiste in The Headies award history, He is the most awarded artiste on BET Awards, Grammy Award for Best Music Video as lead artist on Beyonce’s “Brown Skin Girl’ his first every Grammy Award, he has won MOBO Awards, to Drake’s One Dance which also earned two Guinness World Records. He has a record of 67 award nomination and 35 wins so far. The last song we heard from him is B’DIOR by Burna boy ft Wizkid.

Their fans compared to who has more accomplishment, their fans highlighted their achievement and aired their opinions on who they think has accomplished more in the Nigerian music industry so far. The argument happened on Monday, February 7, 2022. Whilst some said the Wizkid opened the doors for Billboard charts, some said Ckay is selling globally and not locally.

The difference between Ckay and Wizkid is

While Ckay Is global selling to all continents irrespective of the cultural barrier or heritage.
Ckays music is worldwide

Wizkid opened the door to Billboard Hot 100 for the genre AFROBEATs and Ckay, Amarae debuted after that. Fireboy is about to debut and the dude shouting “Billboard” we are coming is still hustling for one entry since 5 years ago…lol

Ckay is global now. Don’t hate on that boy.

Don’t let them use you to downgrade the efforts your generation is contributing to the Afrobeat movement worldwide.

Between Wizkid and Ckay, who do you think has had a more successful career?