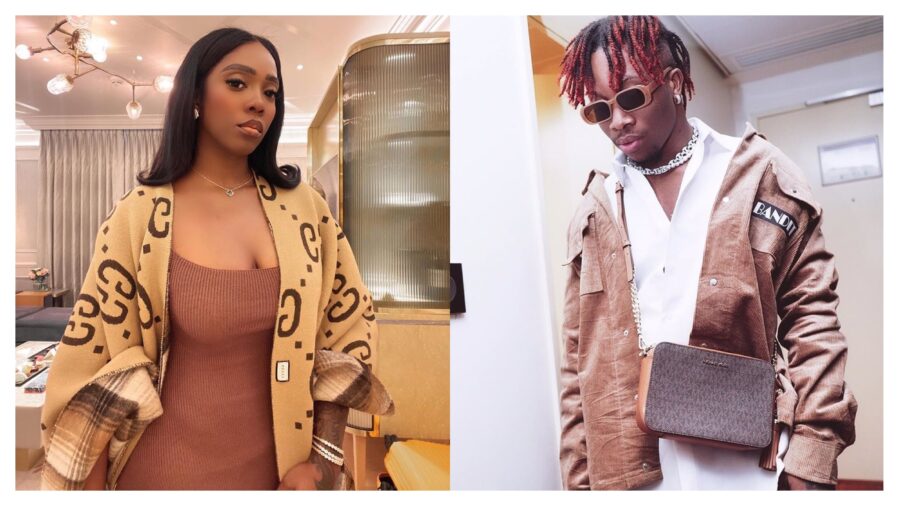 Tiwa Savage fans are angry that Oxlade is being supported by what they bashed and slut-shamed Tiwa for. There have been so many reactions by social media users over the leaked sex tap. The reactions are from fans, influencers and celebrities.

If you can recall, they leaked Tiwa Savage sex tape after she went on an interview with American radio host Angie Martinez of Power 105.1, and say that someone was blackmailing because of a sex tape she made with her partner.

Earlier today, Oxlade sex tape was all over the Internet and he is being hailed by male and some female fans are gushing over him. Fans are angry that Tiwa wasn’t hailed the same way Oxlade is being praised. During her sex tape release, they humiliated and blasted her. Some condemned her while some claimed they supported her at the time the tape leaked.

Some said its double standards that women are not being rated in the society, others say that Tiwa Savage is a 42 yrs old mother while Oxlade is 24 yrs old boy that smokes weed.

When Tiwa Savage’s sex tape dropped, she was hugely bashed and called names. Oxlade’s sex tape dropped and most tweets are praising him, folks are cruising about it. A man is being praised and celebrated for the same thing a woman was stoned for.

Tiwa Savage was slutshamed when her sex tape dropped, but Oxlade own drops and it’s all cruise

Nigerians are comparing people’s reactions to Tiwa Savage’s sex tape and reactions to Oxlade ‘s. The fact is, Oxlade is still a 24 year old, wild BOY who smokes weed. Tiwa savage is a 42 year old MOTHER . People expected her to do better because of that singular status if not for