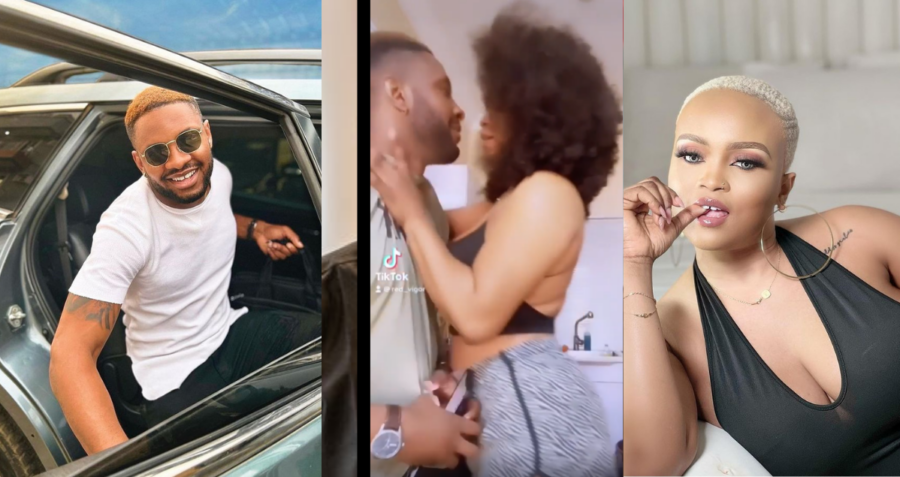 The video was done with Muni Long’s Hrs and Hrs song playing in the background while Cross wore a polo at the beginning of the video, he later removed it and started touching her while Maureen was caressing him, and later started rocking him. At the end of the video, he carried her out of the room.

There have been different reaction over the video.

konongoprincess wrote; “Why the hate on him thou? He no send anybody.”

rhemmyowie wrote; “I legit don’t want to hear pim.. we are still beholding the double standards society has. Yes this generation is obsessed with the social media crase.. but if you see what is not good condemn it entirely not sometimes.”

chinny_005 wrote; “I hope we won’t see part 2 of this video on Twitter tomorrow.”

topeoroni: “Cross is one of the people if his tape is released, i won’t be suprised one bit because this guy needs to learn class.”

hell.ohello846 wrote; “Mr anything goes. Try give yourself small brain or small class. Call Pere or Emmanuel to educate you on class. All he knows is drink, clout chase and womanise and get rejected. Cloutina Cross.”

Maureen shared the video with the caption “We be Tiktoking for a second @crossda_boss who is your valentine?”, this happened after Blossom’s ex-wife has been dragged for having a failed marriage.