“Introducing again one of 9JA’s most exciting and innovative Nigerian young entertainers to ever grace the turntables, UNDISPUTED DJ HAZAN. Dynamix Award Best DJ of the Year 2012 DJ that has not only performed in the 9ja’s and Europe most prestigious nightclubs but has also entertained a variety of audiences from around the world.

UNDISPUTED DJ HAZAN was trained as a Dj in Lagos Nigeria and he’s also a graduate of MASS COMMUNICATION at the Lagos State University and he’s the current resident Dj at VOODOO Lounge Elegushi Private Beach for 3 years, his style is very versatile and eclectic unlikely to hear the same mix or repeat a song during a gig. Mixing style varies from cutting to blending with a hint of scratching. Driven by his natural talent and great passion for music,UNDISPUTED DJ HAZAN showcases his incredible skills and knowledge of the music every step of the way. Whether that is featured in his performances, his style and popularity is like no other.

His 1st Official Single BUGGIE DOWN featuring OREZI took over the airwaves and has team up with one of 9ja’s fast Rising Dancehall King on his 2nd Official single titled EARLY MOMO (MORNING) featuring PATORANKING. You sure Gonna love this Dancehall Tune. 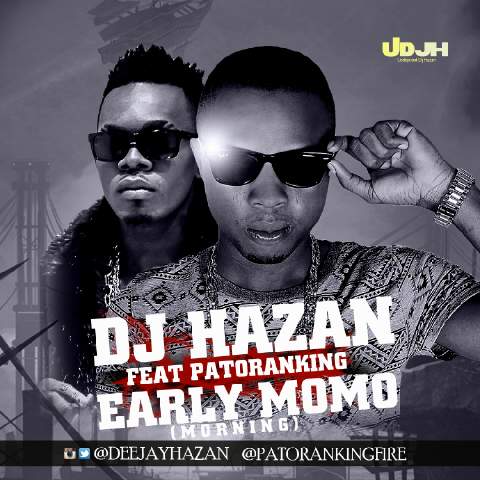