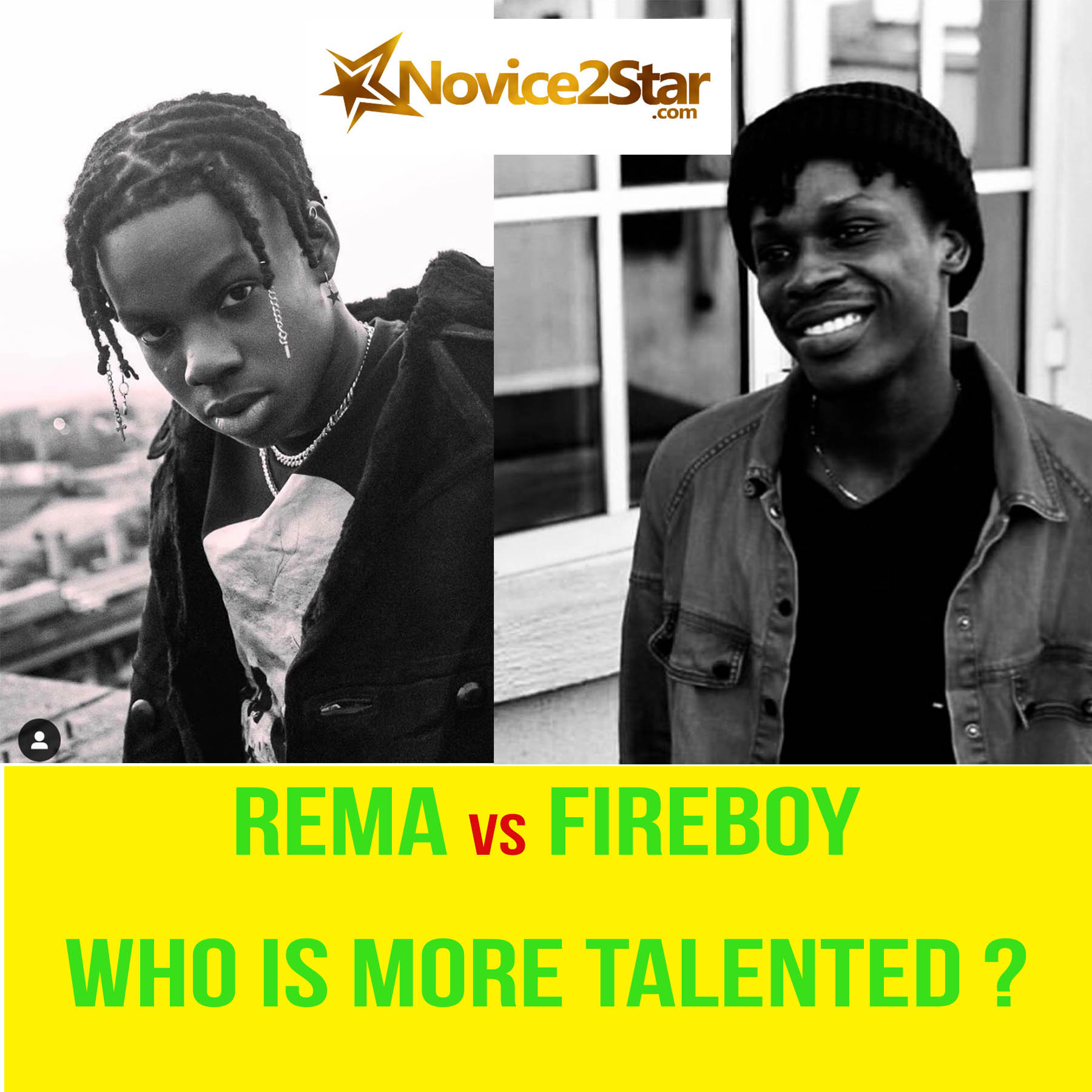 You would have been under a rock not to recognise or know Mavin Records new signee Rema and YBNL Mafia act Fireboy as the potential next big thing to hit Nigerian music industry soon.

Rema who got discovered on instagram and got signed by Don Jazzy / D’Prince into Mavin records was officially unveiled with an EP which included songs such as Iron Man, Dumebi, Why and Corny.

Mostly known by the song Dumebi – Rema became talk of the industry – with many seeing him as a perfect replacement for Wizkid – Whatt???

Fireboy’s Most notably song was his solo jam Jealous that has somewhat become an anthem which won the hearts of many who has tipped him to be the next big thing.

Who do you think is more talented ?

Drop your comments below ??