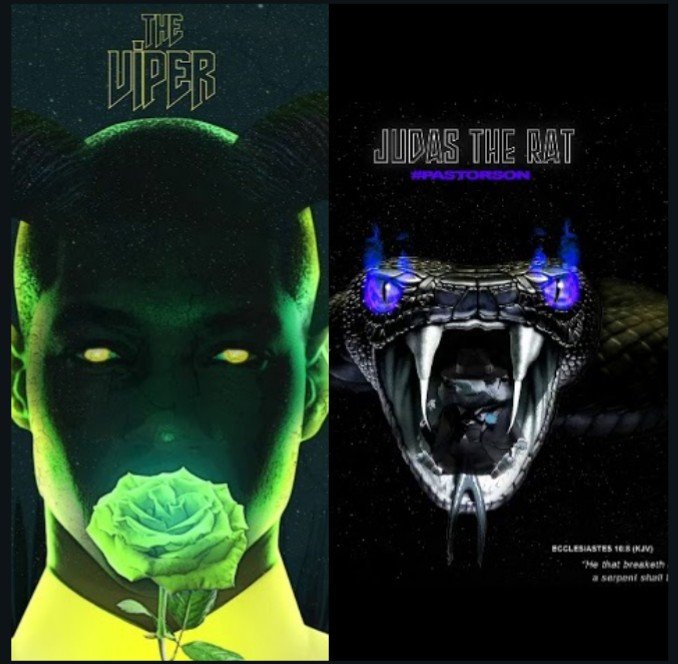 Hip pop is buzzing once again in Nigeria courtesy of the beef between MI Abaga and Vector. Vector recently replied Mi Abaga’s “The Viper” with a new track titled “Judas the Rat”.

Its actually 3-2 on the scoreboard in favour of Vector in terms of the number of songs released.A lot has been buzzing on twitter as many try to choose between Vector’s “Judas the Rat” and MI Abaga’s “The Viper”.Let’s have your opinions on which diss track is better. Meanwhile, here is our reviews the Novice2star team.

“Well Judas the rat is great oh but I think MI Abaga’s “The Viper” is better. I saw what Vector did in ‘Judas the rat’ though, highlighting the need of starting your kind gestures at home. But The Viper is more than a diss. Its an evergreen song. Its a motivational quote, a prayer, an advice, and what have you. I think The Viper is better.
diss”.

“lol, I’m still listening oh. I’m always biased when it come to vector – I love him but right now i’m trying to decide if it’s a draw. Honestly i felt a bit depressed listening to MI’s diss(Few minutes later) Vector’s punchlines and word plays are presents in his response to MI, He addressed all the accusations from MI Abaga without missing the real essence of rap /beef – which is BARS –MI Abaga’s response was well crafted, well produced, with a nice beat to go with it – But honestly speaking, I expected more from the Chairman – one who we call the best Nigerian rapper. – It was done in plain English, little or no punchlines – It was weak and depressing.When it comes to making sweet music – MI is king but for RAP – Vector clearly owned this beef – Vector is a better rapper period”

What do you think? MI “The Viper” and Vector “Judas The Rat” Which is your Favourite? And Why?