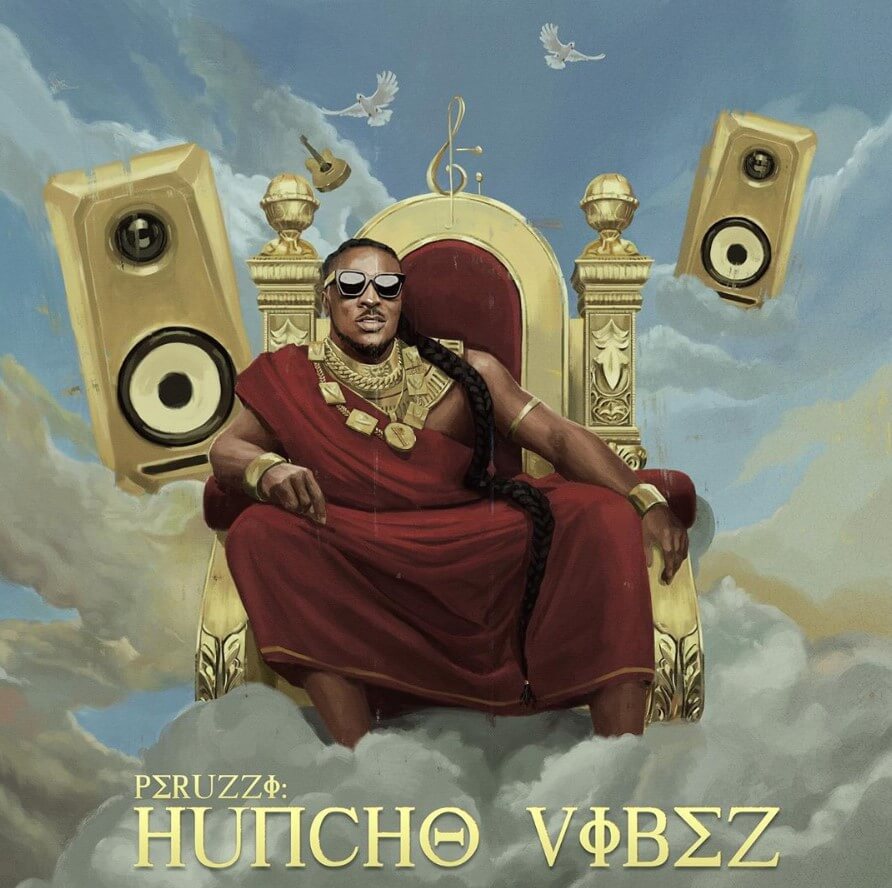 After bursting into the scene late 2016 with a deal with DMW, Peruzzi dropped his first EP in late 2017 ‘Heartwork’ which earned him a nomination at the Headies as ‘Next rated’ which he eventually lost to Teni the entertainer.

With singles like ‘Majesty‘ and ‘Nana‘ still topping charts and receiving massive airplays, the singer has a good 2019 (by his own solo standard) already. He releases the artwork and tracklist for his soon to be released debut album ‘Huncho Vibez’

“Huncho is often associated with U.S trapper and migos member ‘quavo’ who also named his first studio album ‘Quavo Huncho’. We really can’t really fathom what that term implies though” 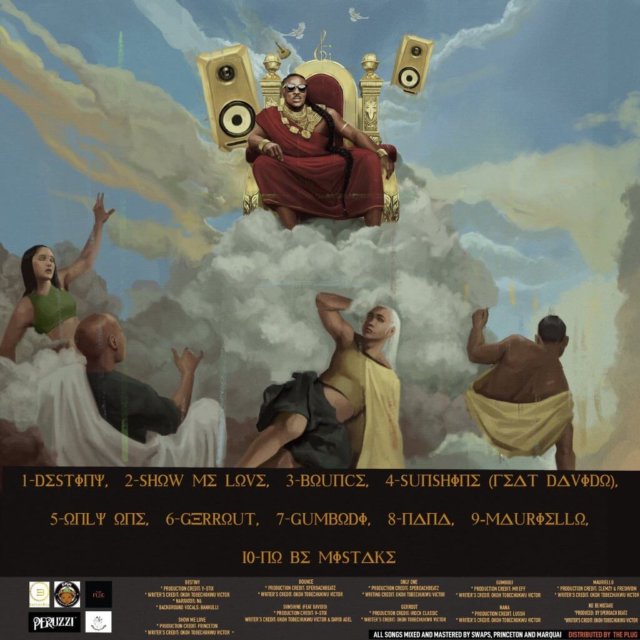 In the artwork released by the singer, shows a visual representation of him sitting in the clouds like the biblical supreme being, that is about to unleash judgment (Music vibes) to the people. Below is a 10 track tracklist for the soon to be released album.