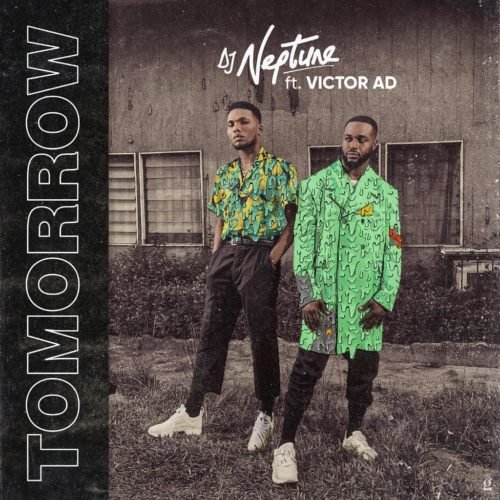 Its 2020 and a new decade has just begun. Nigerian superstars DJ Neptune and Victor AD teams up for the first time to dish out ‘Tomorrow’.

The new tune ‘Tomorrow’ is a mid tempo afrotune off his forthcoming project ‘Sounds of Neptune‘ (Greatness II) produced by Kel P. His previous album ‘Greatness’ is an album packed with club anthems and delightful talent match-ups.

The Neptune records lead act, DJ Neptune has worked with several producers, including Kel P, CKay and others.

DJ Neptune premiers another masterpiece titled ‘Tomorrow’ featuring the ‘Wetin We Gain’ and ‘Too Much Money’ crooner, Victor AD.

The colourful video was shot in Lagos, Nigeria and directed by director Dindu.

Victor AD has had quite career of late as he battles between providing another ‘Wetin We Gain’ global hit and opportunity to seize the musical space. ‘Tomorrow’ is slow-paced, beautiful and addictive vibe. Its definitely the best way to kickstart 2020 even as DJ Neptune prepares to dish out his album ‘Greatness II’.