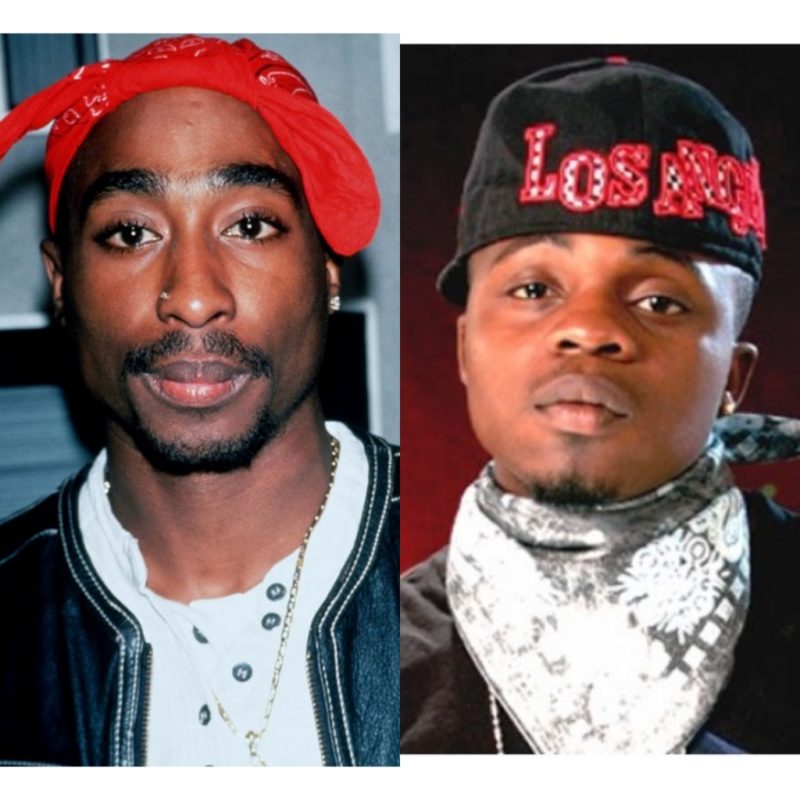 Oladapo Olaitan Olaonipekun known popularly as “Dagrin” died on this day 22nd April 2010 in a fatal car crash at the age of 25. The rapper was compared at some point with Late American rapper Tupac.

He is known to have revolutionized indigenous street raps in his native yoruba Tongue which opened the floodgates for some of those who came after him like Olamide, Naira Marley, CDQ and Zlatan.

There are some similarities between Tupac and Dagrin. Lets take a look at them;

1. Both Are Gangster Rappers

Dagrin was the only known gangster rapper Nigeria had. His street credibility as well as possession of firearms as well as his style of rap is similar to Tupac who also eulogized street life and Gangster Mentality in his Songs when he was still alive.

2. Both died At The Prime Time Of Their Careers.

Tupac was assasinated at the age of 25 in a drive by shooting, Dagrin also passed on at the same age by a ghastly car crash. Both died when they just broke into mainstream success and are receiving positive reviews from fans and admirers.

3. Both Sang About Their Own Deaths.

Drop your comments if you enjoyed this piece.