DMW singer/songwriter “Peruzzi” has released a full press statement on his IG page refuting the recent allegations of rape leveled against him and also apologizing. 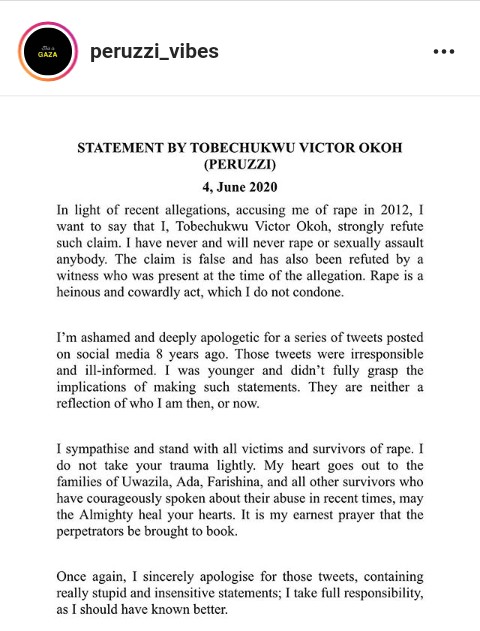 The singer was accused of rape after he made very insensitive statements of himself bragging and threatening to rape in 2012, but he has come out to debunk wholeheartedly, all of these allegations and assuring fans that he will never be a party to such a heinous crime.

The singer has been subject to trolls and social media aspersions as the cases of rape has been on the rise in most recent events and cases has sparked public outrage.

What do you think? Feel free to drop your opinions. 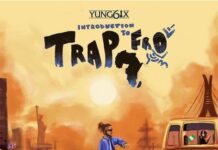