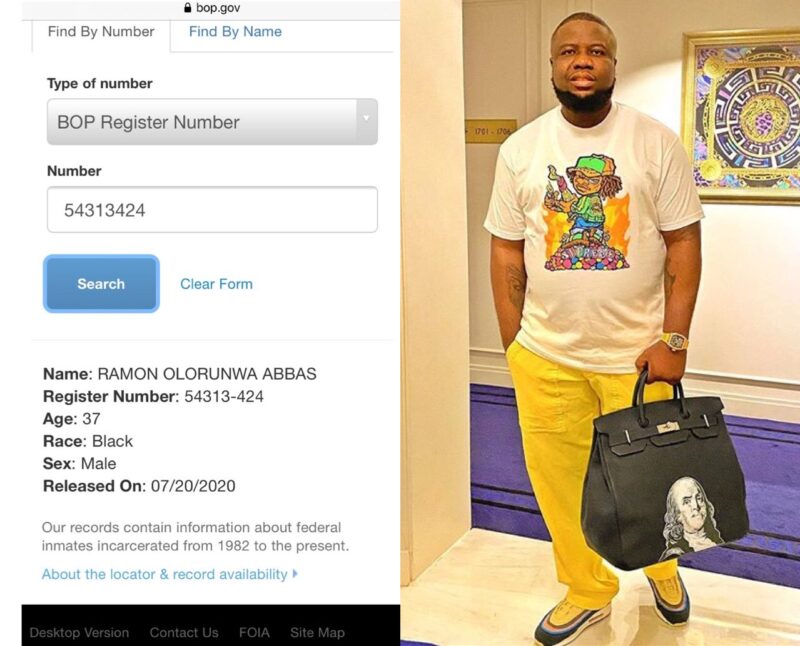 According to the U.S Bureau of Prisons official website, California U.S.A, instagram sensation and alledged fraudster “Hushpuppi” has been released.

Details available on the US federal bureau of Prison (BOP) website shows – Ramon Olorunwa Abbas, Aka “Hushpuppi” has been released.

This is coming after he was denied bail over two weeks ago. The 37 years old was arrested over allegations of over 168 billion fraud some months ago and extradited to the U.S by the Dubai police.

BREAKING: Hushpuppi has reportedly been denied bail in the United States

We believe investigations are still ongoing regardless of this news of his release.

We will like to get your thoughts, drop them below;