In recent time, Nollywood (Nigerian movie industry) has metamorphosed from what it used to be to something awe-inspiring. From the VHS cassette players, the compact disc, online streaming up to the big screen in the cinema, Nigerians have shown their loyalty to this gold mine of an industry.

Cinemas in Nigeria have somehow reduced revenue loss from piracy, hence, in the last decade, revenue from Nollywood movies have skyrocketed.

Below is a list of the highest-grossing Nollywood movies of all time. This does not include revenue from DVD sales, special screening, online streaming and theatrical screenings beyond the shores of Nigeria.

This is a historical fiction drama, Produced by Adonaijah Owiriwa and Izu Ojukwu, directed by Izu Ojukwu. It features Rita Dominic, Ramsey Nouah, Chidi Mokeme, and Ibinabo Fiberesima.  This movie tells the story of love, accusation and triumph.

This is a comedy movie, produced and directed by Toyin Abraham. It features Bidemi Kosoko, Helen Paul, Lilia Esoro, Annie Macaulay, Kehinde Bankole, Gabriel Afolayan, Wole Arole and Liz DaSilva. This movie tells the story of a lady who lies a lot about her background and financial status.

This is a comedy movie, written and directed by Charles Uwagbai, produced by Toyin Abraham and Samuel Olatunji. It features Sambabs Nzeribe, Toyin Abraham, Rachael Okonkwo and Omowumi Dada. The movie tells a story of ghost who through a lady from the ghetto solves a murder mystery.

This is a romantic drama film, directed by Biyi Bandele and produced by Tope Oshin Ogun. It features Use Ikpe-Etim, Ireti Doyle, Omoni Oboli and Dakore Akande.

The movie tells the story of four women at the top of their careers.

This is a drama film, written by Anthony Kehinde Joseph, directed and produced by Bolanle Austen-Peters. This movie tells the story of the life a wealthy Lagos family; the Holloways.

This is a romantic action comedy film, directed by Adze Ugah, produced by Ayo Makun (AY). It features Adesuwa Etomi, Ayo Makun, Richard More Damijo, Mercy Johnson, Folarin Flalna (Falz) and Gbenro Ajibade. The movie tells the story of a young lady who aspires to be a beauty queen and the price she has to pay.

This is a comedy-drama film, directed by Robert Peters and Produced by Ayo Makun. It features Ayo Makun, Funke Akindele, Nse Ikpe Etim, Dan Davies, Eric Roberts and Alphonso A’Qen-Aten Jackson. It tells the story of a couple and their trip to Jamaica for their pre-wedding honeymoon.

This is a crime action comedy film, directed by Moses Inwang and Produced by Darlington Abuda. It features Ramsey Nouah, Ayo Makun, Jim Iyke, Folarin Flalna (Falz), Ireti Doyle, Damilola Adegbite, Ufuoma McDermott, Rosaline Meurer, Nancy Isime and Linda Osifo. This movie tells the story of a team of four friends and who try to rescue a loved one. 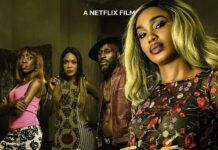 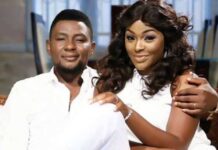 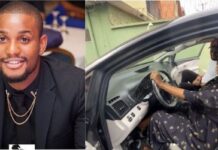