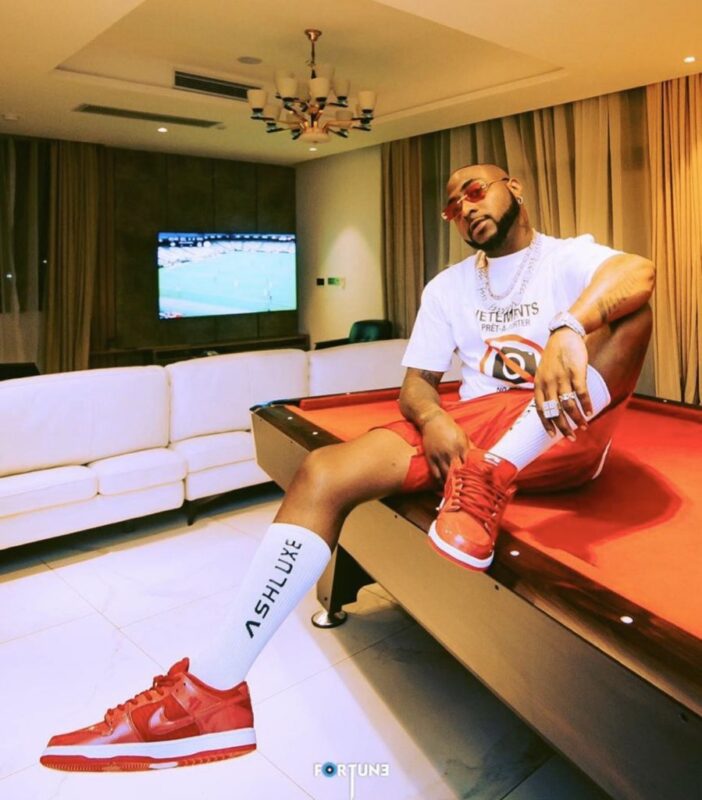 Davido clocks 28 years old today. The hit maker who has risen to the top of the music chats in Africa and the world was born today some 28 years ago.

His interest in music began while in Oakwood University in his late teens, and he started making his own beats and investigating music production. He later dropped out of school and began pursuing music full-time, relocating to Lagos and releasing his debut single, “Back When,” in 2011.

The singer burst into the limelight with his single Dami Duro“, the second single from his debut studio album Omo Baba Olowo (2012), from which six additional singles—”Back When”, “Ekuro”, “Overseas”, “All of You”, “Gbon Gbon”, and “Feel Alright”—were taken under his brother’s label (HKN).

Success came quickly for Davido, and he sated his fans with a string of new tracks released over the next several years while work was being done on his sophomore album, The Baddest. Between 2013 and 2017, singles like “Gobe,” “Aye,” and “Pere” (among many others) piled up and collaborations with bigger-name rappers like Meek Mill or Young Thug. In the time between albums, Davido also inked a deal with RCA and began his own label (DMW), although The Baddest still remained unreleased in mid-2017. The following year saw Davido issue the singles “Wonder Woman” and “NWA Baby.” In 2019, he paired with Chris Brown for the track “Blow My Mind.

In 2020, he has not showed any sign of slowing down on his laurels with smash hits like Fem. And on November 13, he released another studio album A Better Time which has been toping charts across the world.

His net worth in 2020 is estimated to be $16 million. He owns a mansion in Lekki worth N140 million, a New one in Banana Island (worth yet unknown), another in Atalanta, US. When it comes to cars, the musician has a collections, including a Porsche Carrera, a Bentley Bentayga, a Range Rover Sport, a Toyota Land Cruiser, and a Chevrolet Camaro GS, among others.

To cap it all, he also owns one of the biggest label in the continent in DMW which signed it’s first female artist this year.

In terms of family life, he has grown from the young boy that entered the industry in search of fame, to a grown up man who is now a father of a son and daughters. While presently engaged to his heartthrob in Chioma (chef chi).

He is today One of the top artist on the continent. An achiever and a pacesetter in the industry spreading the Afrobeats genre to the world in style.

Congrats to Davido has he marks another year in style, many of his fans  pouring online to wish him a happy birthday.

Drop your wishes for him below.