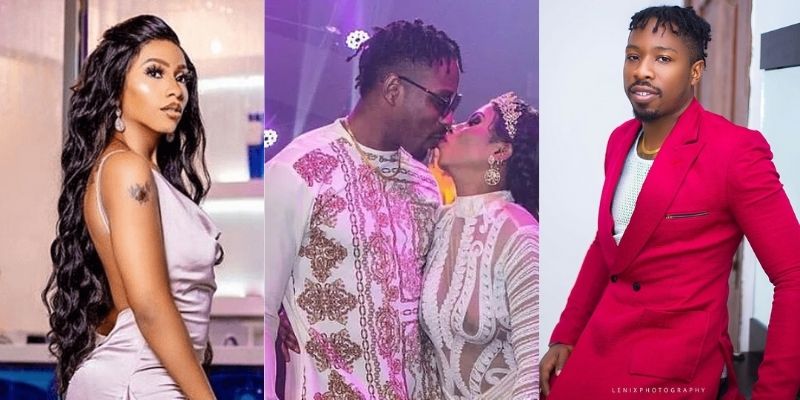 It seems the relationship between BBNaija love birds, Ike Onyema and Mercy Eke is not quite over as both are still shading each other indirectly on social media.

A video of BBNaija season 4 winner, Mercy Eke, twerking to an unidentified man in a club went viral many hours ago. In the video, she was seen twerking directly in front of the man while he was busy caressing and smooching her behind.

She took to snapchat to share the video of her having fun with whom many assume is her new man having fun in the club and on their way home.

In a bid to also prove that he is moving on and having fun, he fellow housemate and ex boyfriend also posted a clip of him in bed with two ladies whose faces were not shown. In the video, he was seen been fed by two separate hands which is assumed to be females from their nails.