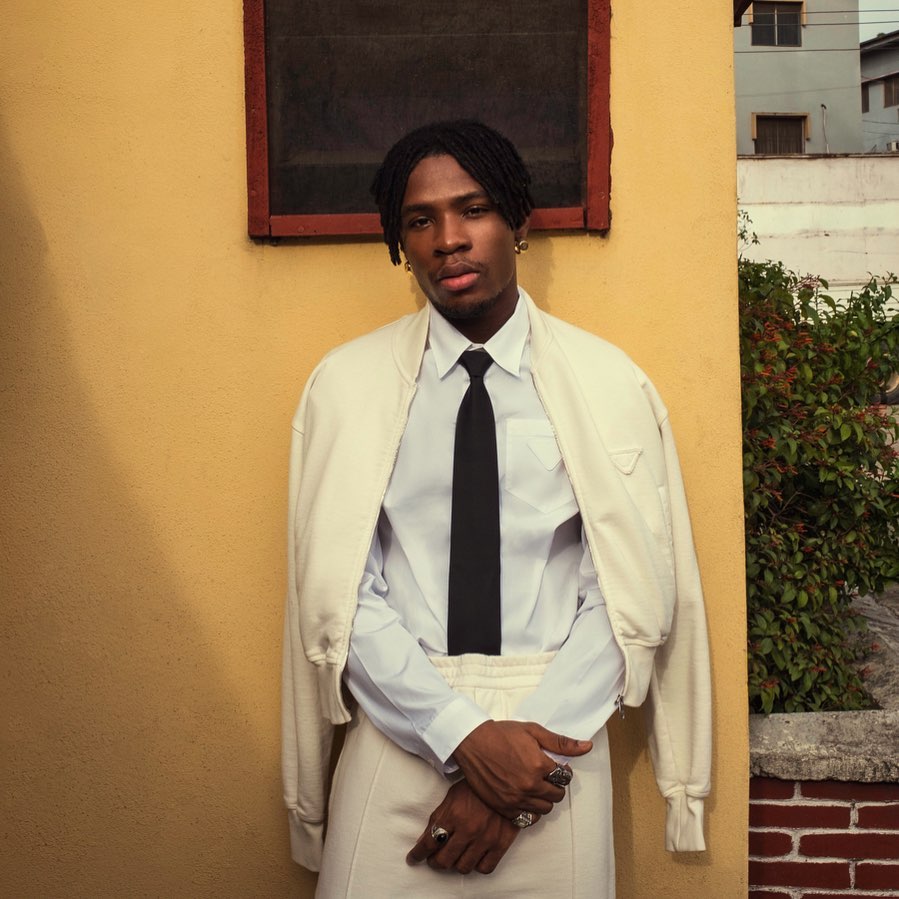 Following the recent hype and vibes from the song “Alcohol” by Joeboy, fans have taken to different social media platforms especially TikTok to express their love for the song.

However, it seems they are now taking things a bit further as some persons have decided to drink things like Dettol antiseptic and some others palm oil. Most common is the use of palm oil. Quite a lot of people have been seen rubbing palm oil on their bodies.

This has caused an uproar online which caused the singer to react to the craziness. Via a tweet, he has asked that fans don’t pour things on their bodies and stop ingesting unhealthy things also.

In the midst of the chaos, the song seems to be topping charts still and gaining popularity, well should we say Congratulations Joeboy? 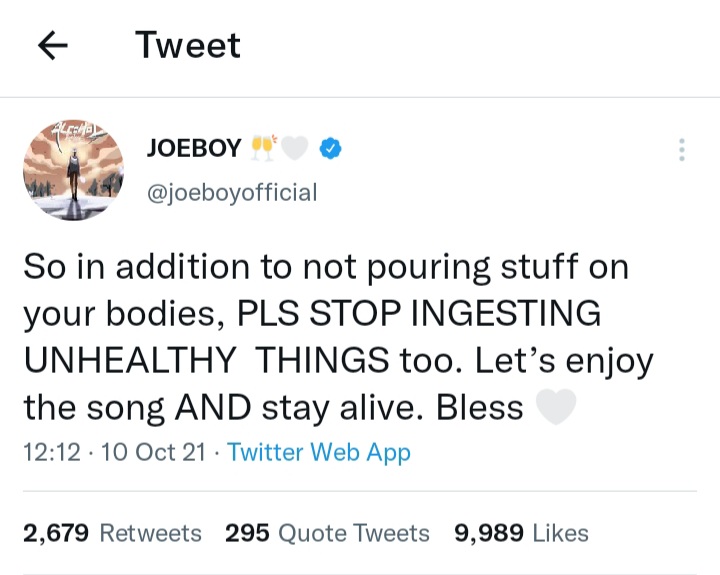 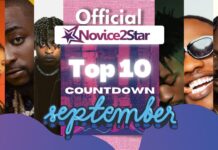 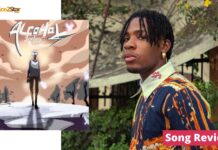