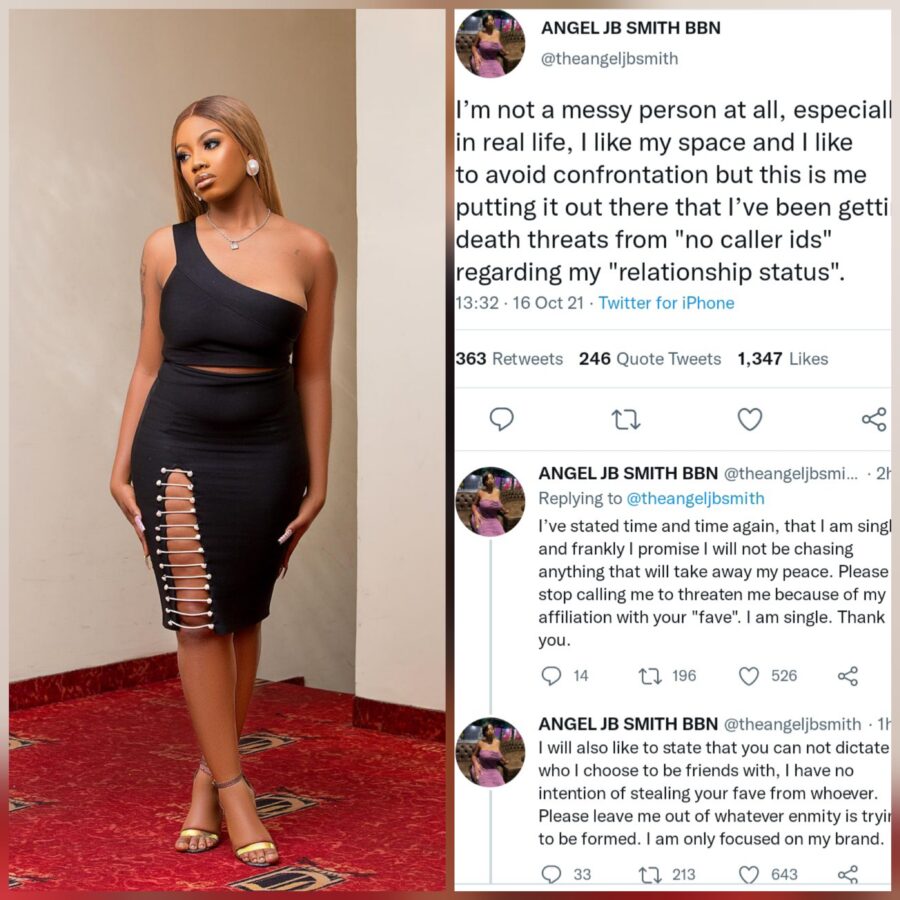 Former BBNaija season 6 housemate Angel Smith has revealed that she has recently been receiving death threats from unknown caller id’s. This makes her the third housemate to experience this alongside Boma and Tega.

Angel in the thread of tweets claims the callers seem to be warning her to stay away from their fave. From obvious analysis, it seems they might be referring to Cross.

Cross and Angel have revealed after the end of the show that they were cool friends. Angel during an interview with BBC Pidgin said she likes Cross, however she wouldn’t force herself on him.

It’s been quite an eventful couple of weeks for the finalists of the Big Brother Naija Season 6 show as they’ve had to attend several events also had to give audience to their fans and most of the time they do so in pairs.

Apparently there’s a group of people that have decided to make Angel break up her friendship with Cross. However in the tweet, Angel lets them know they don’t get to decide who she chooses as her friends.