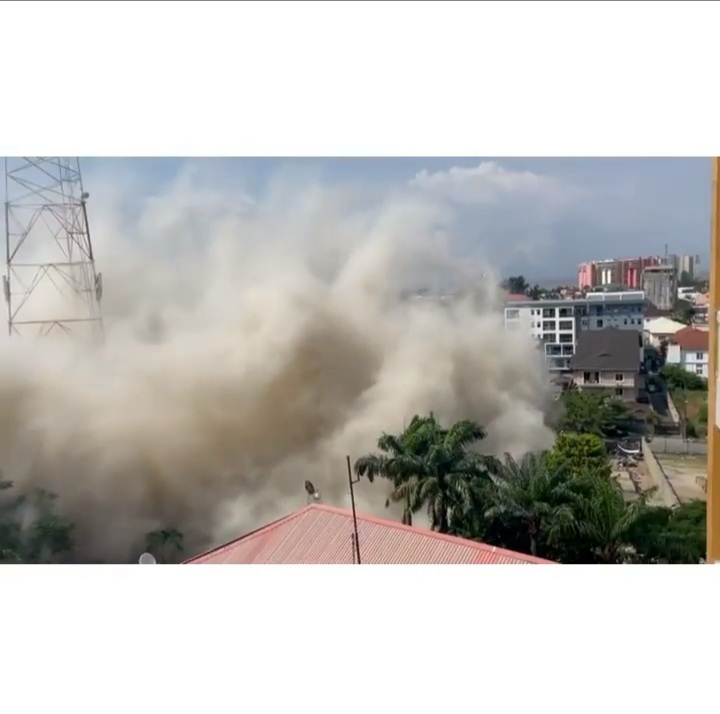 A 21 storey building under construction in Ikoyi, Lagos State has reportedly collapsed to ground level, as at the time of the collapse, no casualty has been reported yet.

This occurrence isn’t new to areas like this in Lagos where the population is dense and a lot of building constuctions are taking place.

Judging the video from the scene, the building appears to be a service apartment alongside some similar structures in the perimeter.

While reports are yet to confirm the cause of the collapse and the casualties involved, this would be a devastating loss to the owner of the building.