Davido kicked off his much anticipated tour in New York City last night, but a lot of fans were left unsatisfied by the poor organization, Davido’s performance and more.According to reports, the show was set to end at 4am, and Davido didn’t hit the stage till very late, and shortly after the show was shut down by city police. This left a lot of fans pissed off and they’ve taked to his instagram pictures to lash out at him, and his stage performance.Davido also sent out a message indicating that he got a lot of love before the show was shut down. See some of the messages fans put on his instagram pictures below: 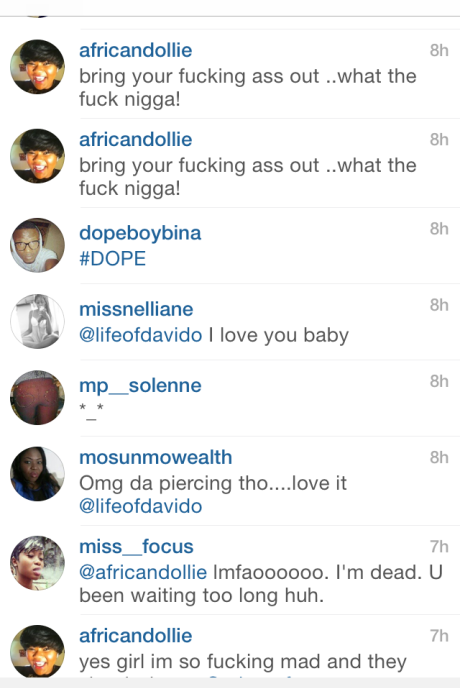 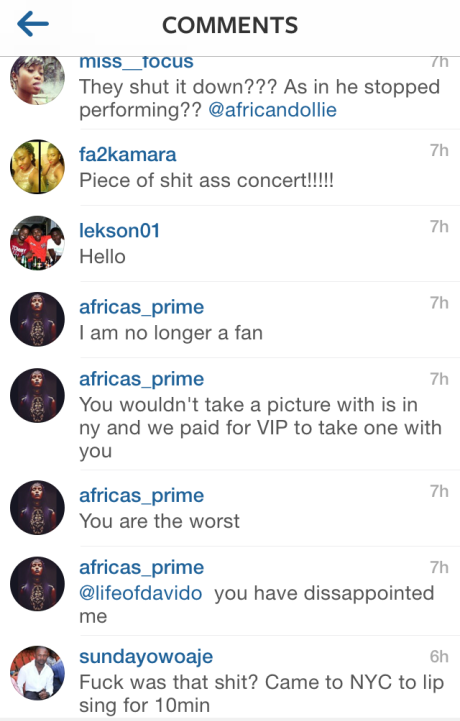 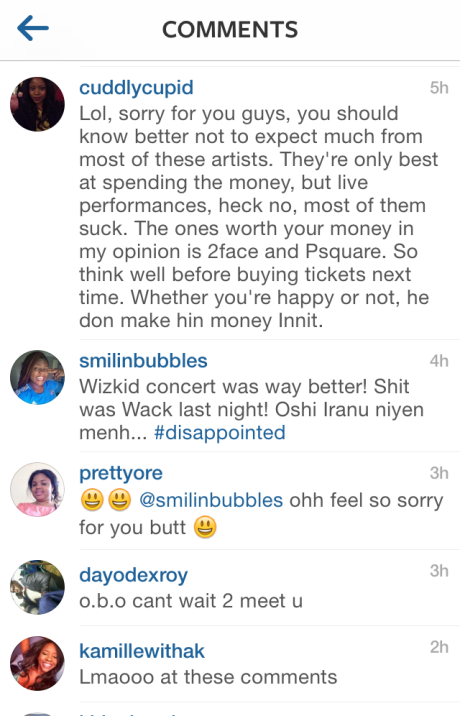 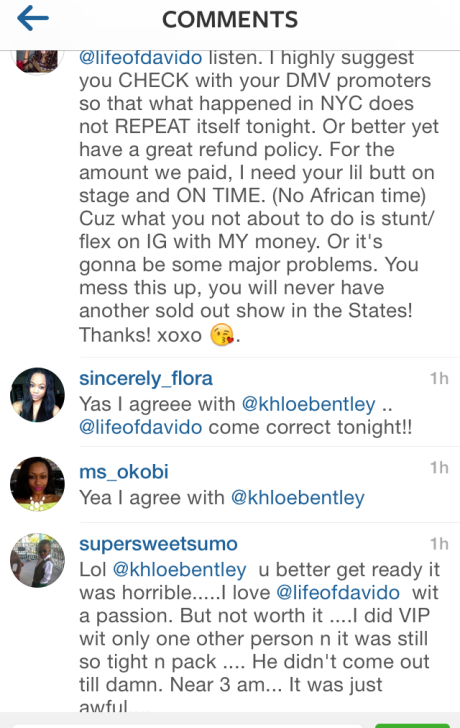 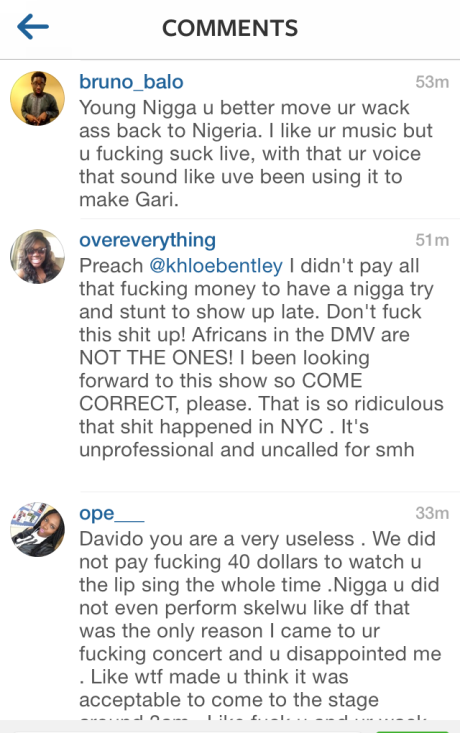 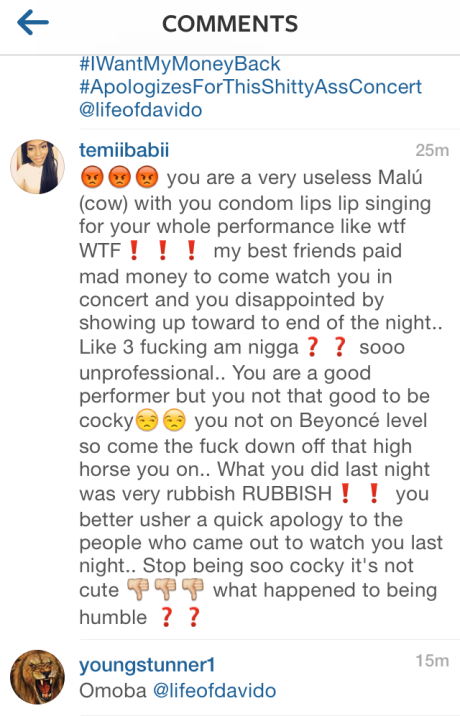 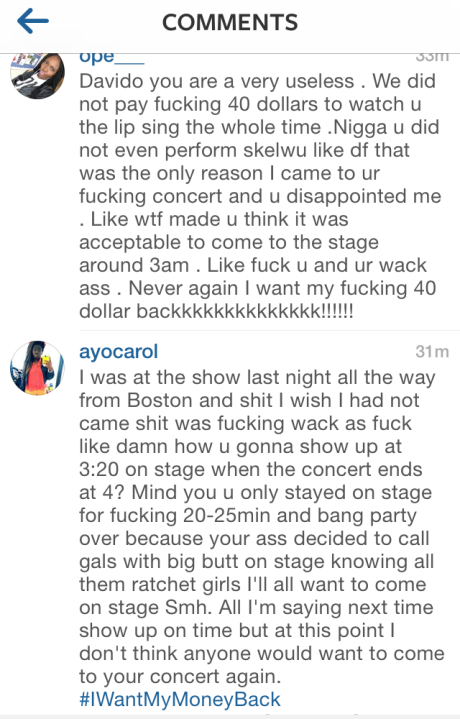