On April 9 2014, the US police released a surveillance video which showed a black male withdrawing money from the ATM with a stolen debit card in Houston.
It’s hard to see the suspect’s face but rumours online have it that the he has an uncanny resemblance to Sauce Kid who is said to be presently living in the US state of Texas.
Sinzu’s former best friend Godwon is claiming that the suspect is no other person than Sauce Kid who is said to be wearing the same hair do as the black male in the video.
Read his tweets below: 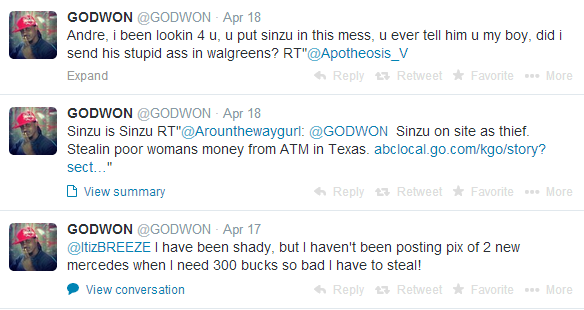 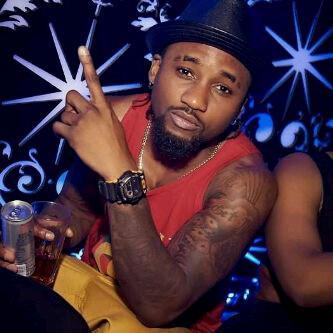 According to the news site Houston Chronicles:

“Police released surveillance video of a theft suspect after an alert Dallas-area woman quickly contacted authorities when she saw more than $300 in purchases made in southwest Houston with funds from her bank account last month.
The purchases were made about noon March 2 at a Walgreens at 8535 S. Braeswood, according to the Houston Police Department.
Police said the suspect is seen in the video swiping what appears to be a debit card with the woman’s account information at an ATM machine inside the store. He then uses the card to buy several gift cards valued at more than $300.
The 38-year-old woman notified authorities immediately when she noticed the unauthorized withdrawal.
HPD Office K. Mokwa said the woman was smart to check her bank balances daily for unauthorized transactions and then to quickly notify police when she spotted them.
The woman, Mokwa said, had not had her card stolen or allowed anyone else to use them. But somehow, he added, the suspect was able to obtain the woman’s bank account information.
The suspect is described as black and between about 20 and 30 years old. He is between 5 feet, 7 inches and 6 feet, 2 inches tall, and he weighs about 150 to 190 pounds. He had long dreadlocks, a mustache and a beard.

Anyone with information about the suspect’s identity is urged to contact HPD’s Investigative First Responder Division at 713-247-8400 or Crime Stoppers at 713-222-TIPS.” 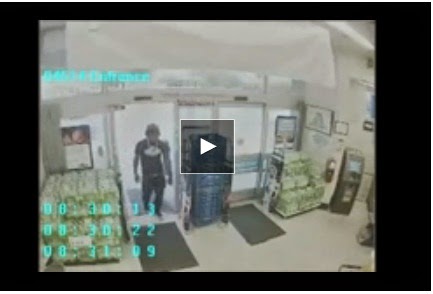 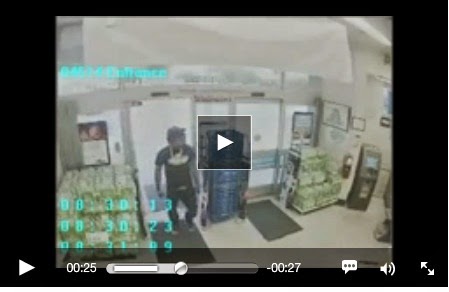 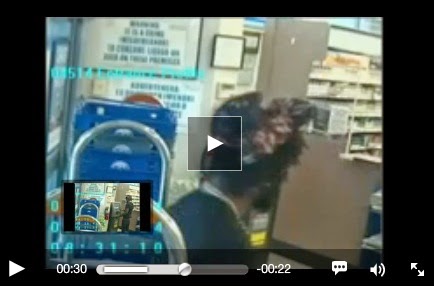 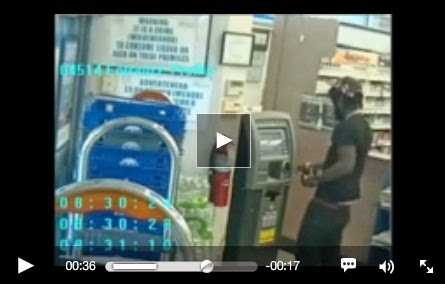 Drop your comments below. let us know what you think.