Mr 2kay Summer girl samba continues to gain acceptance ‎and its currently breaking into Mainstream UK ahead of its Official UK release which has been pushed to September 2014. Summer girl Samba is currently No 8 on the United Kingdom Music Week Urban club charts. It debuted in the urban charts two weeks ago as the second highest entry at No 16. It continues to build more interest in mainstream radio with major specialist play and has resulted to a remix featuring Afro B. Dj Afro B is a new breed UK afrobeats Dj pushing the African music on radio in London Represent radio. He has the attention of young UK socialites. The remix was produced by another young UK producers known as Team salut. 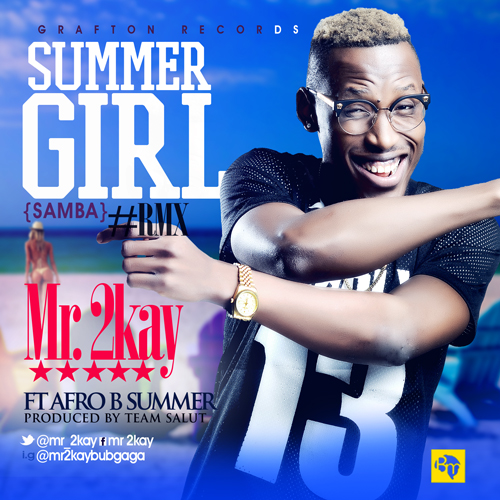