Music star Davido was spotted with Nigerian businessman and CEO of Forte Oil, Femi Otedola recently but now we can confirm that the HKN Music front-man has inked a lucrative deal with the Forte Oil worth between 80 and 100 million Naira.

Davido is the second celebrity and artiste to be signed by the company following Tiwa Savage in 2014. Davido who recently released a new single titled “The Sound” with a music video posted a photo on Instagram last week with Femi Otedola and captioned it “F.O x O.B.O 2015″.

Davido’s sophomore album is expected to hit stores in May. 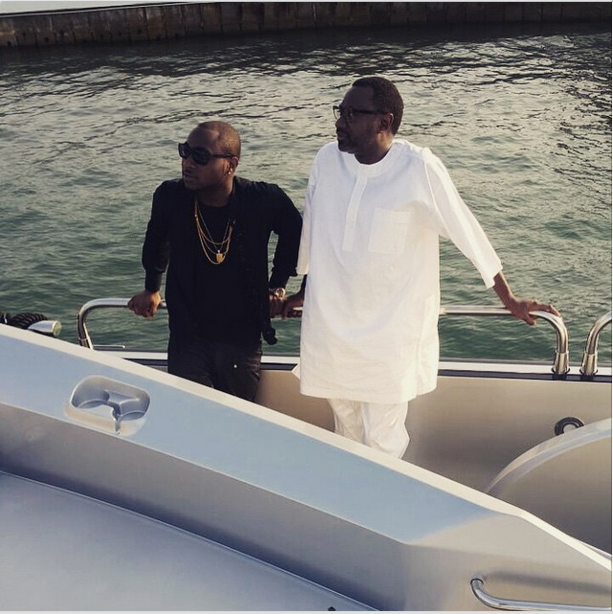