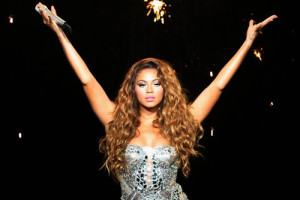 Queen Bey has tried her hand at many sounds, and always attempted to stay on the cutting edge of music. Nothing is more evident of this than her most recent, self-titled album, however her prior LP, ‘4‘ was also a step into unique sonic inspirations for Beyoncé, and according to a recent admission by hit-maker and Grammy-winning artist The-Dream, the global megastar had previously played around with a sound modeled after Fela, the musical based on music and lyrics by the late Nigerian singer Fela Kuti.

Sharing the news while submitting some history on his various production and writing work for the acclaimed lyrics site Genius.com, The-Dream revealed that before her ‘4’ album was completed they recorded a whole body of work with a Fela sound.

“We did a whole Fela album that didn’t go up. It was right before we did 4,” said Dream. “We did a whole different sounding thing, about twenty songs. She said she wanted to do something that sounds like Fela. That’s why there’s so much of that sound in the ‘End of Time.’ There’s always multiple albums being made. Most of the time we’re just being creative, period. We’re talking about B, somebody who sings all day long and somebody who writes all day long. There’s probably a hundred records just sitting around.”

Interesting! The inspiration surely shows on “End of Time,” and she incorporated more of the tribal/African elements in a set from her “Mrs. Carter Show World Tour.”