“Kehinde Oshadipe has released a tribute song for her late twin sister and member of the Oshadipe Twins, Taiwo Oshadipe titled ‘My Reflection‘ and produced by Ace producer, Wole Oni.
The beautiful emotional track describes the ordeal of losing a loved one who holds a special place in her heart.
She describes her twin sister Taiwo as her reflection, the only close friend, family and partner she had known all her life, someone who was and will always be a source of joy.

Speaking about her sister and their passion for music – “Taiwo’s sudden passage has created a huge vacuum in our musical career but living the dreams we both shared is a priority with no options at all” .
She admits it will be a huge task but she expressed hope in God that she will be strengthened to take the brand “Oshadipe twins” to greater heights.

The duo are known for their Gospel/Inspirational genre of music with three albums to their credit as well as an acting career with their most popular role in TV series, Super Story produced by Wale Adenuga.

Taiwo Oshadipe passed on to glory on October 3rd 2014 after a brief illness and seven months after, Kehinde recently staged a comeback concert for the rebirth of the Oshadipe Twins brand…pictures and full story will be released shortly” 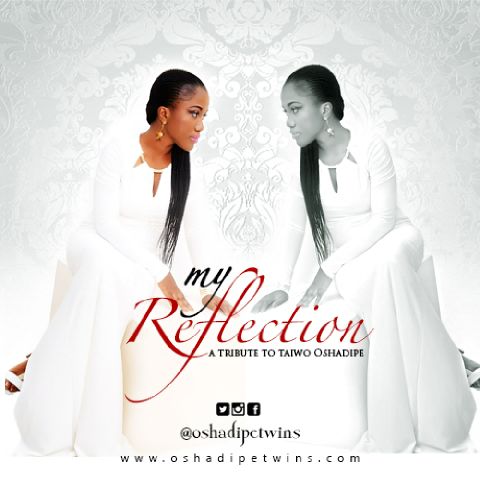