Chuka(Chuka Kamanu Solace) popularly known for his successful hit single “PUNA”, which has literally become a street anthem, presents a new song titled “Money,Power,Respect “
Chuka who was a finalist in the maiden edition of the Nigeria’s Got Talent show, featured alongside lil Kesh on “Usain Bolt P”off Olamide’s street OT album, has a few hits singles like “Shade” and “OBO” to his name. Even though he has the streets still jamming to his last single,Chuka is poised to take the groove up a notch higher with this one.
Delivered in a unique style to a deceptively catchy beat by Dr Bean,Chuka definitely brought his A game on this one. 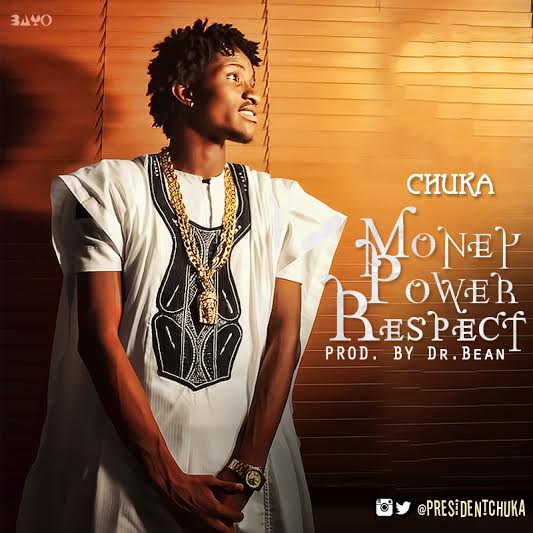