Linda Ikeji has wasted no time in responding to Wizkid’s abuse on Instagram.  Click to read the earlier post –  Wizkid Calls Linda Ikeji Ugly Old B**ch And Threatens To Beat Her Up 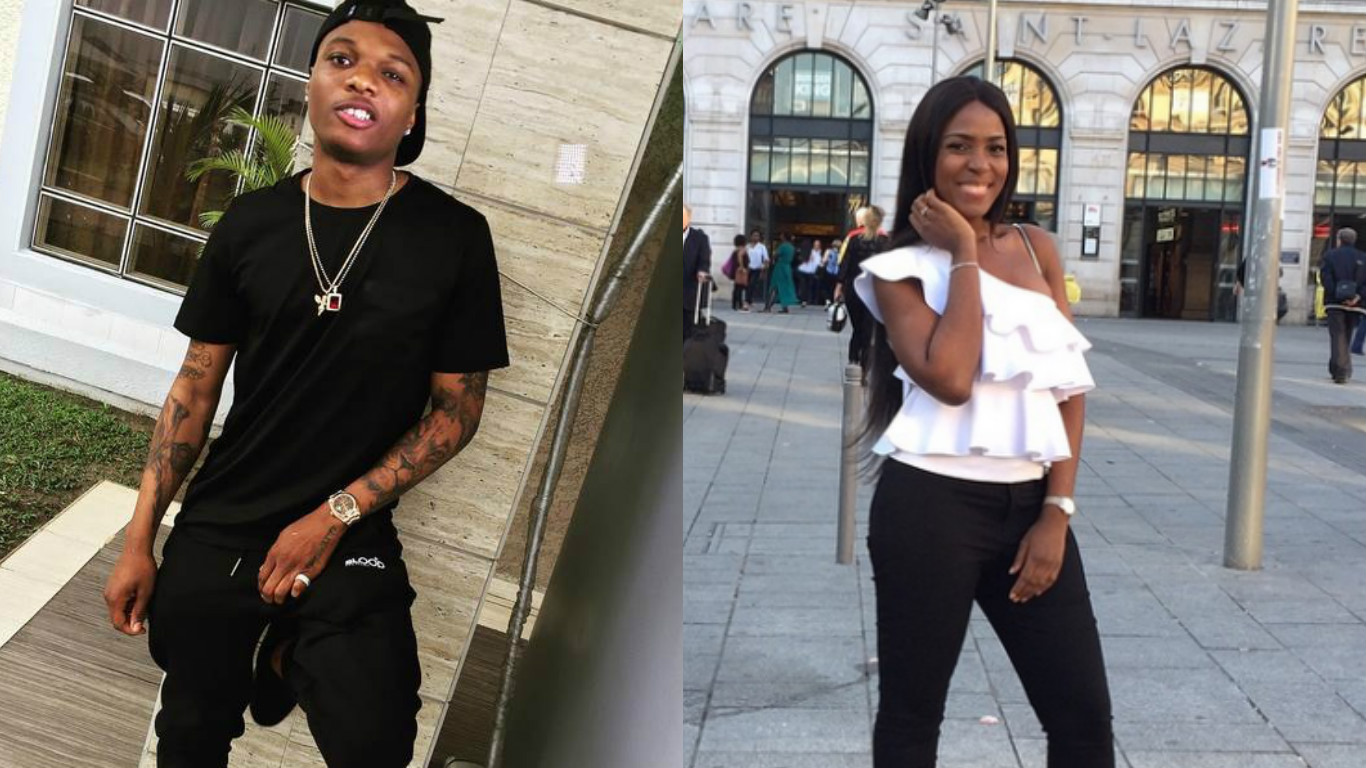 See her response below.

“So my darling little ‘friend’ Wizkid came on my IG page this morning to blast me for writing yesterday that he was given quit notice at the Lekki home he claimed he bought some years ago, which he actually rented. He threatened to beat me up…called me an ugly old B!tch…(I’m ugly? lol) says I don’t have a man (crying over that..) and called my mum a loser…(what a child).

Anyway, all that don’t matter, people have said worse to me…what I wanted to address is the part where he said I slept with his director and he left me in a hotel…that one I will definitely want to address because some people actually believe it. That my dear friends, is a lie! Please continue…

First and foremost, I’ve never met Wizkid one on one. I’ve only seen him once in real life on stage at a show a few years ago. I’ve never met anybody who is his director. Guess he put that line in his comments to defame me. You that mad that people now know the house is not yours? Lol.

Trust me, if I knew someone was Wizkid’s director, I’d rather kill myself than sleep with him or any other entertainer for that matter (except maybe he’s my husband..hehe) because I know how some of these entertainers are…they kiss and tell a lot. You can’t afford to be messing around in their circle. So, no, I have NEVER slept with Wizkid’s director. I live a celibate life..most of the time. (Though, that has to end soon…I’m getting old and missing out on that part of life…lol)

I’ve always been an advocate of women respecting their bodies and owning their own. And I feel S3x should only happen when you’re in committed relationship (that is if you can’t wait till marriage) and I recommend celibacy for a long as you’re not committed to someone. There’s absolutely no dignity in sleeping around and messing around with different men. It’s ugly and God don’t like ugly. So no, I’m not that woman, and will never be that woman. Nice try, Wizkid!

Having said that, I’m sure, you wonder why Wizkid is so mad at me? To be honest, I don’t know either. All I know is that his beef with me started a long time ago but he decided to start bashing me online after I refused a meeting with him. A few months ago, he asked his PR people to contact me, that he wanted to talk to me. For some reason, he thought I didn’t like him and I was hurting his image online. He wanted to see how I could write more positive things about him but I turned down the meeting. Not that I have anything against him, I sincerely don’t! I think he’s an amazing talent and one of the few music stars in Nigeria with a midas touch. So this wasn’t personal. I just didn’t want to meet him. If he lobbies me then it means I won’t be able to write anything about him anymore…and my job is to write…about everything, including entertainers.

I am cordial with some of them…many of them I have never met. I try to stay away from gatherings where they are because the more friends you make in the entertainment industry, the less you can write. And that will inadvertently affect your work. The few ones that I call acquaintances, it’s hard to write about them because you feel you’re cool with them and even when you write, they call you to complain. So, the fewer ‘friends’ I have in the entertainment industry, the better my job will be.

So Wizkid can bash me all he wants…but I will continue to do my job. Maybe he thinks the more he bashes me, then I will stop writing about him? Won’t work. But meanwhile, if he tells a lie about me, I will address it. LIB plans to be around for a long time…some of these people will come and go! :-).

Thanks everyone and Wizkid fans for reading my response.

Oh and by the way, did I mention that his Porsche car is also on hire purchase? Oh Sh!t, I just mentioned that! And no, darling, you’re not 25! We know your real age! Continue to have an amazing career while I watch and continue to celebrate you.
Kisses” 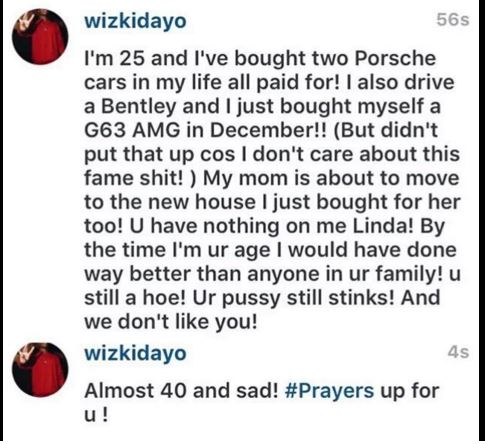