Davido took to his social media pages hours ago to announce the signing of two new artistes to his record label HKN.

Mayorkun will be releasing his début song alongside visual on Friday according to Davido.

Congratulation to this newly signed act. 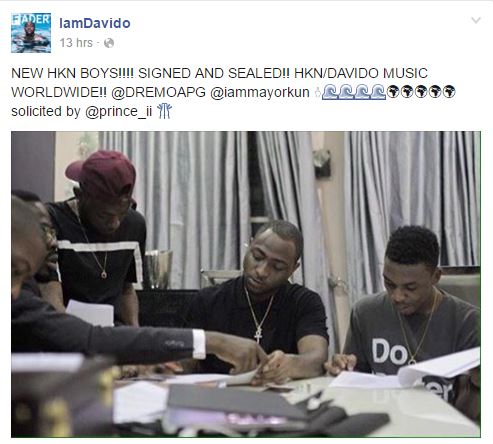