Mr 2Kay and Oritse Femi rocked the stage today sunday at the Big Brother Naija 2018 live show with electrifying performances. The last performance of the night was from Mr 2kay. If you recall, Mr 2kay also performed last year at the eviction stage and here he is again performing two of his top songs Belema and Banging featuring Reekado Banks off his recently released album “Evelevated“. 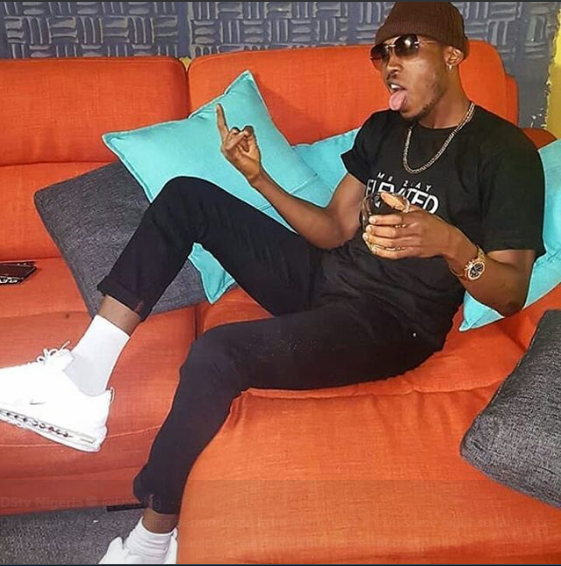 While Mr 2kay has gained many followers and more reach with his outstanding performance at BBNaija 2018 stage, some however, have different views about his performance. We have sorted out some of the interesting comments on this performance.

Watch a shotclip of his performance and comments below.

See reactions below and tell us what you think about his performance. 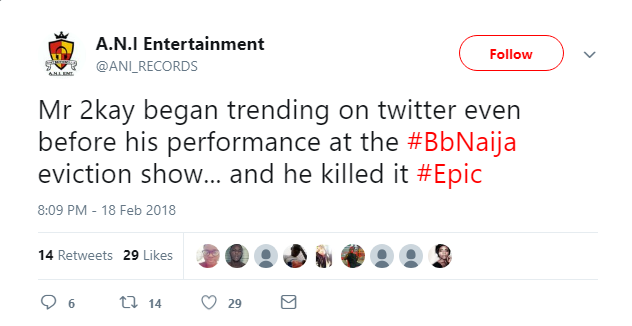 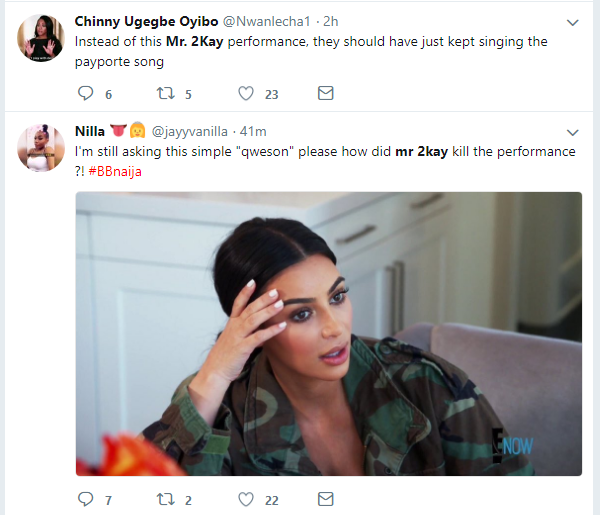 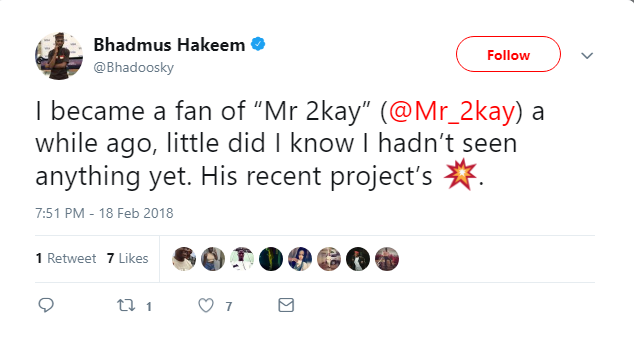 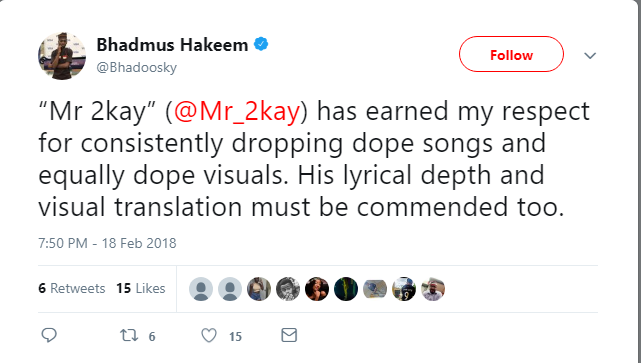 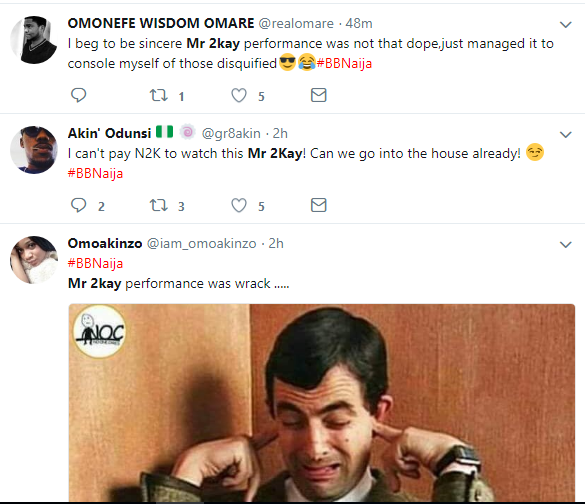 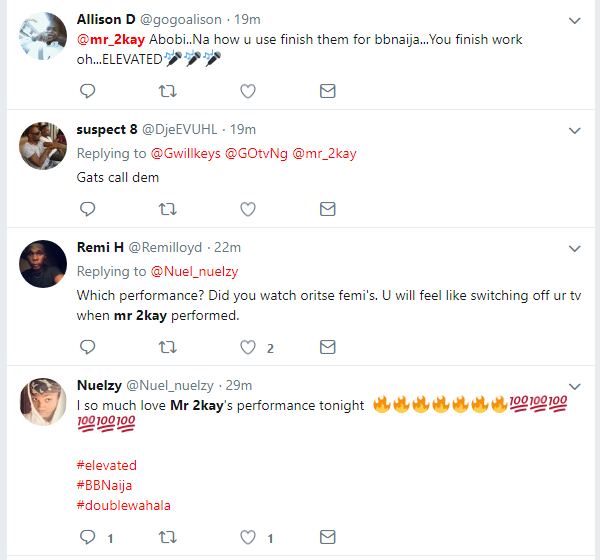 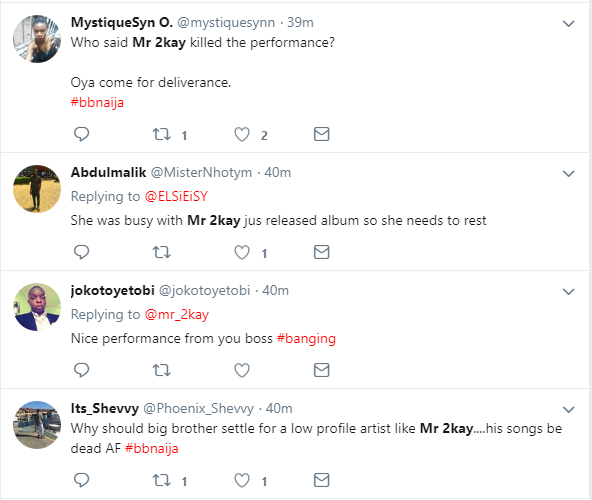 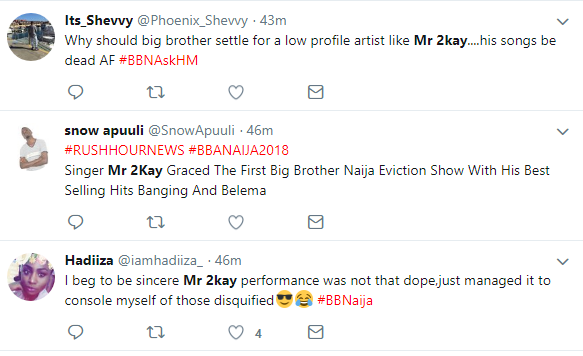 Did you watch the performance ? what’s your view, did he kill it or not ?