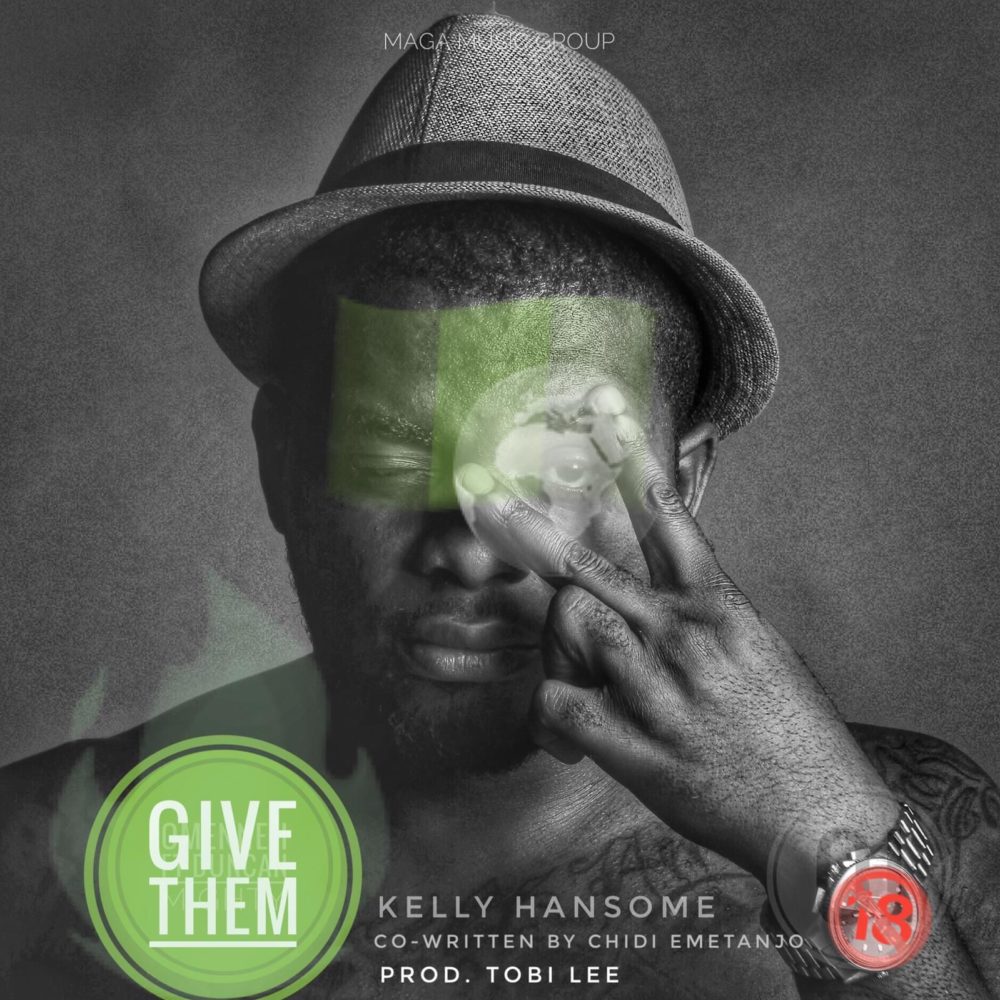 Kelly Hansome releases a banging new song titled “Give Them” and produced by Tobi Lee.

“Today, musician, song-writer, and entrepreneur Kelly Hansome releases ‘GIVE THEM’, his first drop into the 2019 new year. “This year we go give them”, proclaim anthem, is considered to be an upbeat feel-good music.

The Maga Music Group boss blessed his fans with a snippet on social media late last night and the dj’s and fans from all around the globe were catching the vibes.

Kelly’s lyrics over the afrobeat track captures the energy and spirit… causing you to pack up from behind your desk, move and deliver leg-work.

Shout out to social media enthusiast and entertainer, Tunde Ednut who was mentioned on the track. “GIVE THEM” was co-written by Chidi Emetanjo, and produced by Toby Lee.

Following up on other singles, ‘Leave Am’, ‘Ifanaru’, and ‘KiaKia’ its safe to say the music / producer vet has more new music, a new full-album hitting the market soon.”