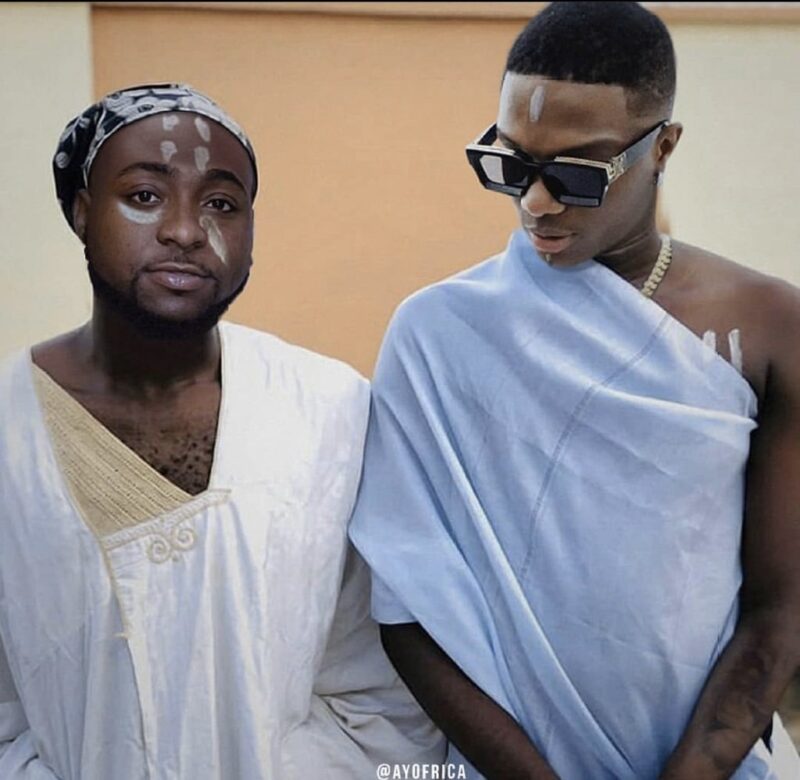 The Wizkid and Davido saga has been on for a while. After Wizkid’s Sound From the Other Side release in 2017, a lot where said about the Starboy being the King of Afrobeat.

Yesterday, Davido seems to have caused an uproar on twitter following his tweet declaring himself and Wizkid as the only two ‘Greatest of all Time in African music’ ahead of Burna Boy and Olamide. This angered Burna Boy who made a post on his snapchat story accusing Davido of buying his way to the top with his father’s wealth.

Anyways after the whole drama online, Davido today send one million naira to the guy who designed the graphics he posted on twitter yesterday.

The 2 greatest of all time ! No ? pic.twitter.com/W4GRMQ9yYJ

This has caused another argument on twitter. Though many celebrated Wizkid’s silence over the whole Burna Boy and Davido saga, others beloved the Starboy Entertainment boss is too proud for not standing by Davido.

But following Davido’s kind gesture to the graphics designer, who do you think is more likely to help you financially between Wizkid or Davido?

Please let’s have your thoughts below…

“Asiwaju Is The Sweetest Song In The Industry” – Jaywon