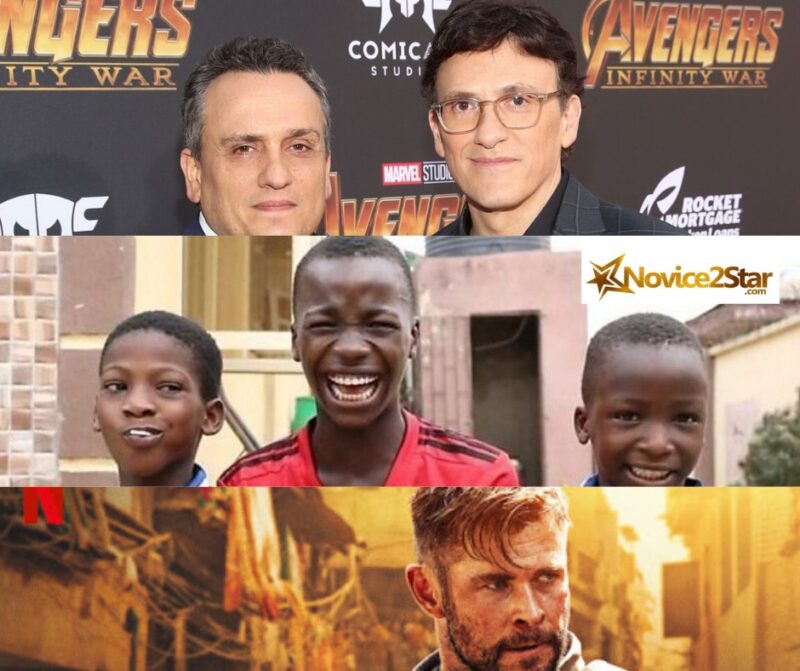 The Russo Brothers have surprised Nigerians and the whole world by promising to featuring internet sensation kids, Ikorodu Bois in the next Chris Hemsworth, Extraction 2 movie.

Ikorodu bois are known for hilariously duplicating or mimicking scenes from popular music videos, movies and even comedies. For a group of little kids, they are pros at their job and they are always on point.

At about 1.37pm on June 24th, they posted a video performing some scenes of Chris Hemsworth’s movie trailer, Extraction. They posted the video with the caption “We so much love this movie and we hope @chrishemsworth and @netflix sees this remake, pls retweet.”

We so much love this movie and we hope @chrishemsworth and @netflix sees this remake, pls retweet ?? pic.twitter.com/x47h9UV9Sz

In about 10 hours later, they got a reply from the famous Russo Brothers indicating that they would love to have the kids at the Extraction 2 movie premiere in the United States. See their reply below:

This is awesome! We would love to have you guys at the #Extraction 2 premiere…DM us and we’ll get you there! https://t.co/6eufmJMgT7

They also direct and produces various TV shows, and yes, they also act.

Chris Hemsworth also took to his Instagram page to share the video and acknowledge the kids for their creativity.

I hope to really see them in the Extraction 2 movie premiere and possibly the movie.