It is a big shock to many as to why he would do such. Social media users are wondering if the Bureau De Change boss is scared regarding the turn of events on Hushpuppi.

Could it also be a coincidence that just few days after Dubai Police shares a video of how Hushpuppi and his gangs were arrested, Mompha clears all contents on his Instagram account?

Recall that Hushpuppi was arrested alongside 10 other Nigerians for committing crimes like hacking, Money Laundering, Impersonating and so on? The Dubai Police said they were able to crack the case and bring them to book by monitoring their “social media accounts”.

Mompha and Hushpuppi has never been in good terms as they have been seen attacking each other on social media over the years. But when the later was arrested, the former took to his SM page to warn Nigerians from desisting from celebrating anybody’s downfall as no one knows tomorrow. His posted a photo on June 10th and the caption read, “Never mock anyone who is facing a trial case cos you don’t know tomorrow. For those who are worried about me am safe and sound. No shaking, God never disappoint his own.” 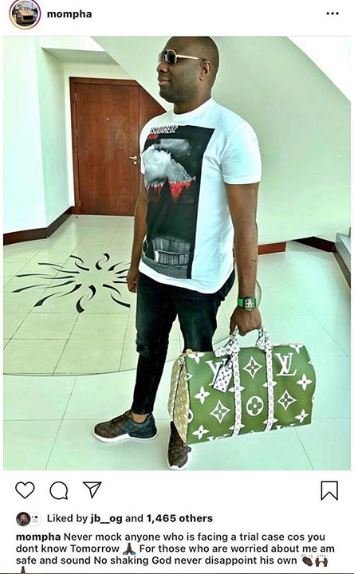 Remember that Mompha was arrested by the EFCC in October 2019 for a #32.9bn money laundry in Abuja en route UAE? He was later granted bail by a Lagos Court for the sum of #100m. It seems Nigerians are not pleased that he was released and still want him brought to book.

At every opportunity they get, Nigerians “drag” him on SM while tagging both FBI and INTERPOL on his page.

Annoyed and frustrated by the actions, he took to his page to pour out his annoyance on those praying for his arrest.

“O Allah, please grant every believing man and woman: Your mercy, Your guidance, Your blessings and Your forgiveness (Amin)”

“JUMMA’AT Mubarak ??!!! Note: For those id**ts tagging fbi and interpol on my page and saying you are next na thunder go fire those hand you use in typing by the special Grace you id**t think fbi or interpol dont know mompha you must be really sick f**king hypocrites they never mind their business B**tards!!” 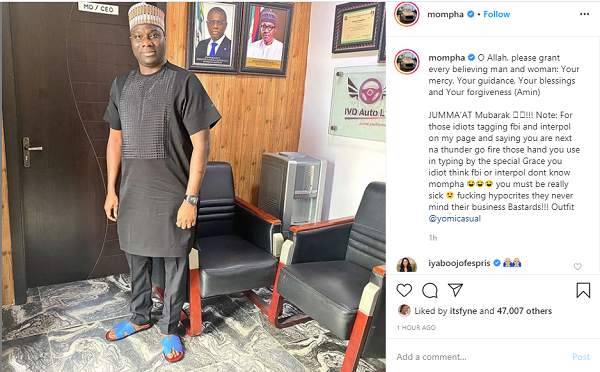 Three weeks later, he clears all photos and videos showing his expensive vehicles, luxury home/furniture and family from his Instagram page.

In the early hours of Today, June 29th, he shared a photo with the quote “I usually give people more chances than they deserve but once I’m done, I’m done.” 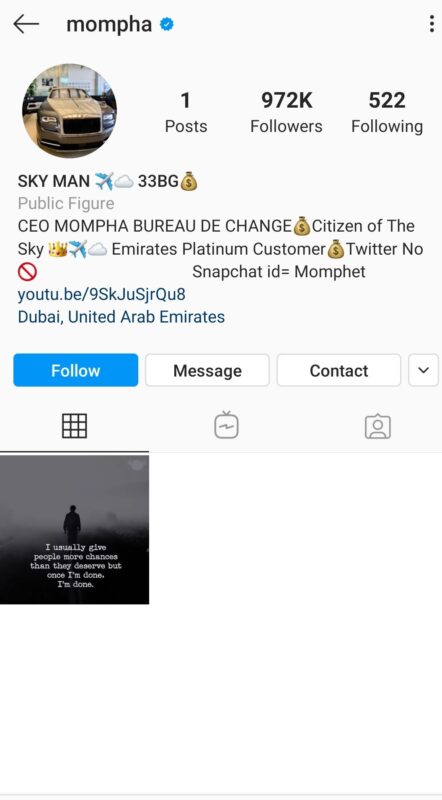 Nigerians are wondering if he could be scared of his SM page being watched and monitored.

What do you think about this? Tell us below. 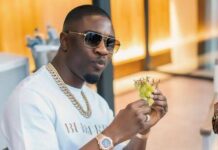 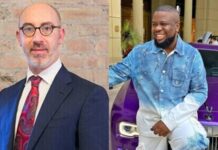 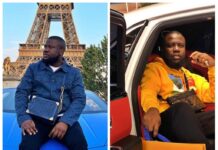