It’s quite unfortunate U.S rapper Pop Smoke did not live long enough to be like his mentor and big inspiration 50cent after he was shot dead at his residence earlier in the year in Febuary 2020.

The rapper said his biggest inspiration was Rapper now businessman and Movie star Curtis Jackson AKA 50cent. Even 50 can’t hide his love for that kid.

They both had similar experience as they both were shot, an experience that is very typical of an average American rapper.

Recall that 50 cent himself got shot 9 times around 2000 few years after he released his debut album “Get Rich or die trying” which he miraculously survived and lived to narrate the tale. Pop wasn’t so lucky to live after being robbed and shot.

What isn’t similar to both seems to be the depth of talent. Fif was well grounded in both production, songwriting and vocal dexterity that is why he was so successful during his peak but for Pop, his husky voice and body build are his major strengths as other vital areas were conspicuously missing.

He lacked real lyrics compared to fifs breakthrough body of work to be able to last as long as he did. We can pardon Pop because he was undergoing youthful exurberance and I think this affected his lyrics.

Most of the instrumentals are almost alike as he depends on the london drill beats. When he decides to flow, he can’t rap a clean line without a swear word or b.s, just another vulgarity or the other but his sound was very addictive though.

Just recently, 50cent lamented the inability of Pop smoke’s team to push his posthumous album “Shoot for the stars, aim for the moon” to number 1 on streaming platforms but the truth remains that the kid doesn’t seemed like he had enough talent to put out a number one album even though the album had top collaborations like Quavo, Lil Babdy, DaBaby, Swae Lee, Future, Rowdy Rebel, 50 Cent, Roddy Ricch, Tyga, Karol G and King Combs.

Although, the track meet the woo featuring 50cent and Roddy Rich is a good enough single and unique and didn’t sound a typical Pop smoke.

Although, his mixtape Meet the woo 2 was successful and read number 7 on the billboard 200. It had collaborations such as from Quavo, A Boogie wit da Hoodie, Fivio Foreign, Lil Tjay.

I personally believe if Pop was alive, he would have been better with time like fine wine.

The above write ups are opinions of Nor-band Bayl,What do you think about this? 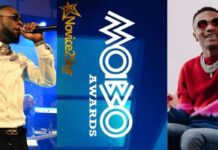 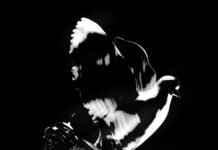 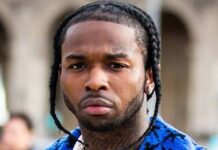