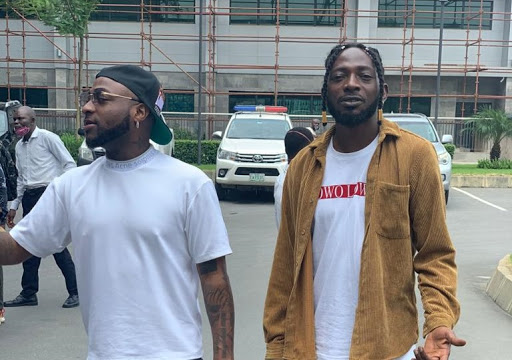 Earlier, it was announced that the 30BG boss, Davido, signed May D to his label. But do you think this will restore May D’s lost glory?

For those who might not know, May D was signed to P Square‘s Square Record in 2011.Things did not go too well as he left the following year. He also founded his independent label, Confam Entertainment, same year.

Things hasn’t been so rosy for the singer since then as he has been a little bit silent in the industry.

Many weeks ago, the singer accused his former label bosses of neglecting him and letting him sleep on a ‘carton’ in their mansion. This was amid the Cynthia Morgan saga.

Davido recently signs him, but what difference will this make? May D had classic hits way back like ‘soundtrack’, ‘ibadi‘ and many more.

But will 30BG revive his career? Truth be told, May D used to be among the top flight artist between 2010 and 2013 and all of a sudden, things went down the line.

Being almost irrelevant in the last 6 years, the industry is now more competitive as ever.

Can DMW bring May D back to the limelight? Can May D come up with big hits like he did way back?

What are your expectations from this new deal? Tell us.