The artist took to his insta stories to to show his sincere appreciation to the England team as he unveiled the gift box which was a customized next season Jersey of Manchester United.

He further took to his page few hours later posting a photo of him already rocking his newly received Jersey.

Honoured to be one of the first to receive the new @manchesterunited kit! #READYFORTHENOISE #TWICEASTALL

Truly he is the African Giant. Don’t you think so? 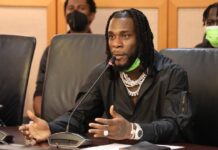 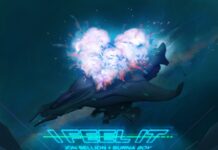