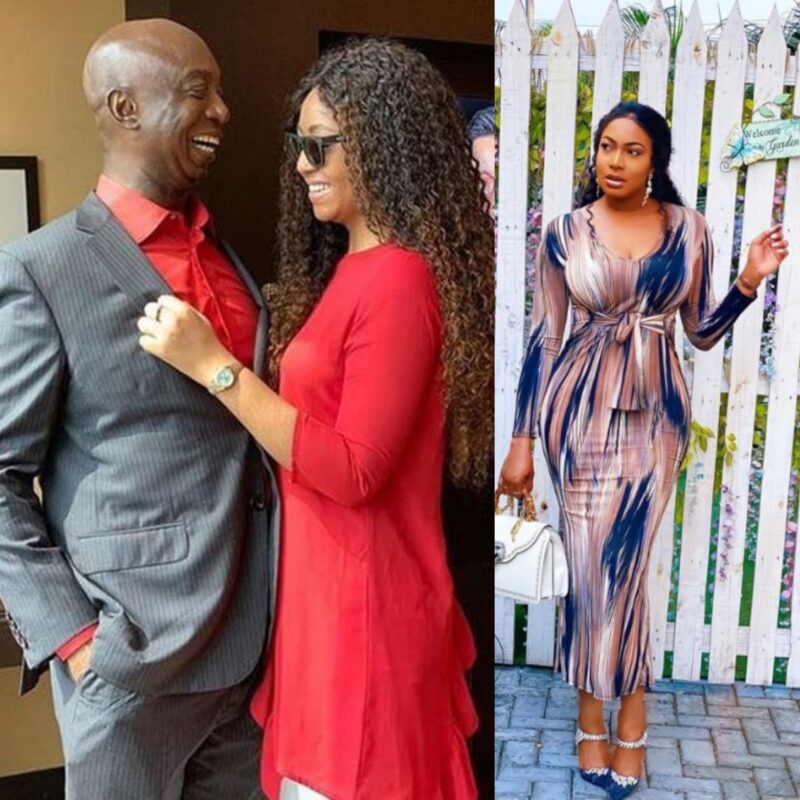 Its seems that another scandal is brewing up in Nollywood between two screen goddess, Chika Ike and Regina Daniels over the love of Ned Nwoko.

The mother of Regina Daniels has been claimed to have called out Chika Ike to leave her son in-law [Ned Nwoko] alone. The video to which was said to have been deleted within minutes of its surfacing online has generated so many rumours. Both Ned and Chika have been in the news in the past as lovers before the emergency of Regina in scene.

This news of Regina’s mum using the social media to inform Chika to leave Ned alone has generate so many resistance and abuse from some Nigerians who claim he is an handsome man due to his cash and any lady in her senses will say yes to his proposer. Here is one of the ladies video reply.

Others reply to the scandal has been to mock the actress mother. As they claim; what was she expecting with a man with four wives before her daughter. A man old enough to be her grand pa.

Regina Daniels really thought she gan be the last ? ???
Your husband na Bayern he can't stop at 6 dear ???? pic.twitter.com/Ko6W70awjr