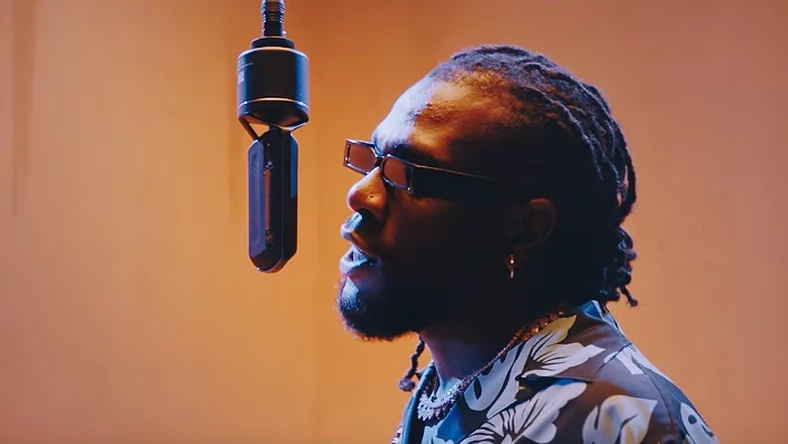 Burna Boy receives Grammy Award Nomination for “Best Global Music Album” with Twice As Tall. The artist who was nominated for Grammy last year but lost to Angélique Kidjo and has now received another nomination. A feat neither of his compatriot has been able to achieve 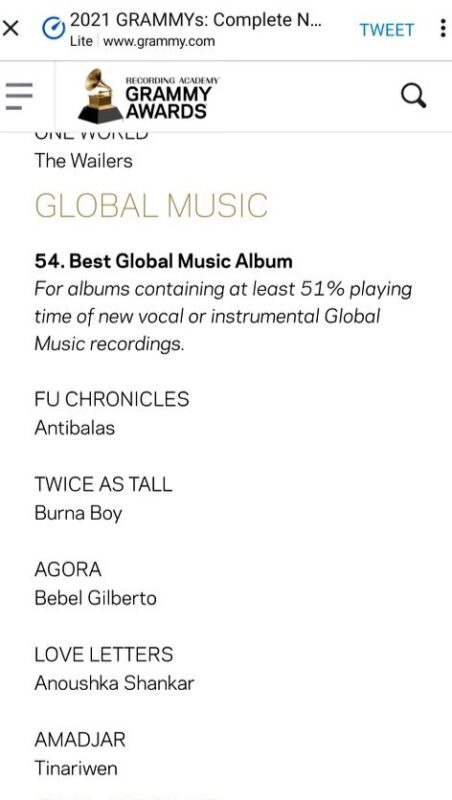 The other person to have received nomination for the award was Femi Kuti Femi has been nominated four times (in 2002, 2009, 2011, and 2013) for a Grammy Award in the Best World Music Album category.

If Burna Boy eventually wins, he will be the first Nigerian to achieve that feat. By so doing, fulfilling the dream of 9ice who promise Nigerians he will bring home Grammy.