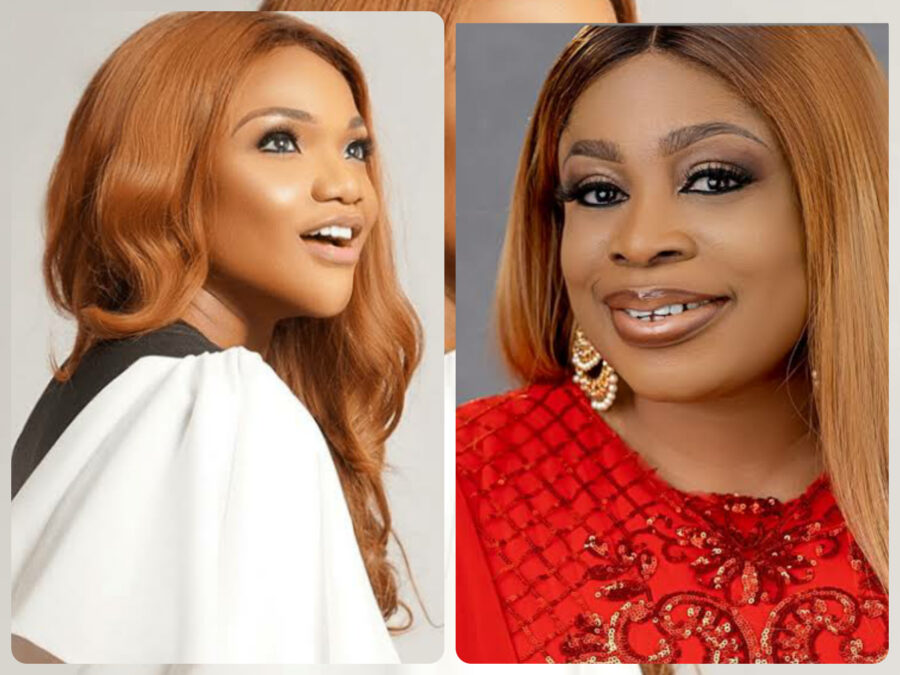 Nigerian contemporary gospel singer Ada has released the official video of her song “Fix my eyes on you” which featured one of Africa’s biggest gospel minister Sinach.

The song is off Ada’s 2020 album titled “Born Of God” which featured songs like “Congratulations”, “More Than”, “Everything”, “Now” and more. These songs have become popular songs in gospel playlists.

These two beautiful singers have a lot in common than a lot of people know, not only are they very influential in the gospel genre, but they both members of the LMAM ( Love World Music And Arts Ministry), an extension of Believer’s Love World Aka Christ Embassy.

This extension grooms and boosts gospel artistes in music, art and filmmaking. Some other members of the LMAM include Eben, Buchi, Frank Edward, Moses Bliss, Samsong, Joe Praise and many others.

The video shows how important it is for a believer to fix their eyes on God, and how everything becomes easier when this is done.