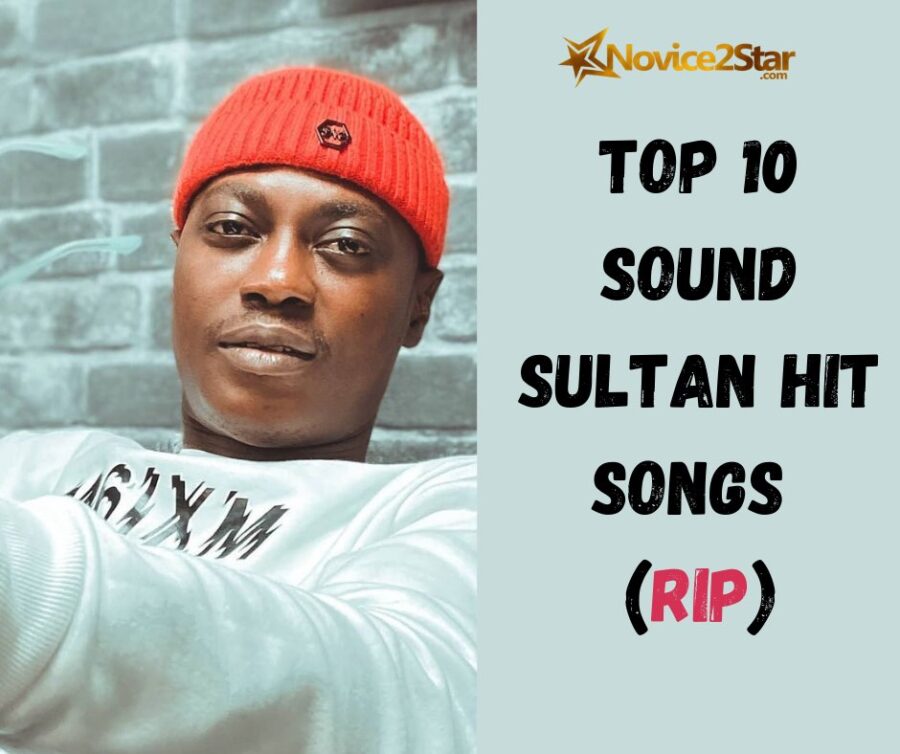 We lend a heart of condolence to the family of the deceased Musical Icon “Sound Sultan” also known as Naija Ninja who recently passed on owing to some health concerns at the young age of 44. He is known to be a comedian, music producer and Vocalist. The singer has been responsible for several amazing tunes that came through his hat days. Here is a top 10 compilation of our favourite songs of his;

The song “African Baby” off his 2016 album “out of the box” was a perfect comeback for an ariste that has dominated the music scene for more than two decades. The song has a smooth blend of Highlife and Afrobeat in one and talks about an African woman. He employs the devices of two indigenous artists who know a lot about African women in Flavour and Phyno. The video showcases different tribes of Nigerian women. The colourful video was shot by Patrick Elis.

Whenever you find a 2baba and Sound Sultan, be rest assured that it will be pleasing to the ears. He also features Wizkid on the song who never fails to deliver. The song came off his 8th album “Wondah”. Not a classical Sound Sultan but an okay tune by fans.

A song he did in his Yoruba dialect ‘Okon wo lode” meaning “husband no plenty for market” is a tune dished to young women to enable them be of good behaviours if they must find the right man. The song was released off his ‘bushmeat” album in 2011. It is a good song and one of his fans Favourites.

This is one of his funniest songs. This was a hip hop song. He talks about how women hovering around him because of his fame. In the song chorus “back in the days they never use to come but now when them see us na to run run run follow me”. In the video, he is seen running away from plenty women chasing him. Very Hilarious! Lol

One of his most conscious tunes of his career. He addresses some of the failed promises by our government. “2010” was supposed to be a significant year due to all the incessant promises made to the people in terms of power, Health care and security but none of these aforementioned promises were fulfilled. One of the notable quotes was “I want to be like Moses, take my people to the Promise Land but I noticed people wey try am don dey underground”. The song features the then ” African Rapper Number 1″ M.I Abaga who as usual delivers some punchlines.

People don’t really talk about how impactful Sound Sultan’s music was to people. He remains one of the most conscious musicians the country has had and he does this on the song “Bushmeat” or “Ole”. Ole in local parlance means “thief”. He was properly referring to our politicians looting funds but presenting it to be a local thief stealing people’s belongings. 2baba, his woke counterpart also delivered as well as W4 who has since gone “awol” from the music scene.
Notable lyrics: “When the Bushmeat e go catch the hunter”

This is a classic song and is remembered by anyone who is in their 20’s and above who are real music fans or merely casual fans. In the song, he talks about people who travelled overseas not to forget home ie the are they grew up (Modaland). It has a very interesting message to the listeners. The song is an acoustic song. He showed great dexterity with the use of guitar accompanied by his sonorant vocals. Interestingly, the song Has a newer version that features Mavin vocalist Johnny Drill.
Notable lyrics: “No matter where you from make you no forget area o”

This is one of his earliest hits released in the year 2000. He talks about Bodmas and its relationship with everyday life. This has to be one of the most popular songs by the singer. In the video of the song, he is seen as the mathematics teacher teaching the children Bodmas. It was indeed funny and educative at the same time. It brings back a lot of nostalgia.
Notable lyrics: “Oyinbo say na Bodmas we go use dey solve Mathematics”

Arguably his biggest song ever. The popular song “Orobo” which in local parlance means a thick or overweight woman. He celebrates women who are big and dedicates the song. He features Flavour on the remix and you know what the results would be – Massive club banger. A banging tune anyday, anytime.
Notable lyrics : orobo ueeh, orobo ueeh
she just dey roll her waist like gorodome gorodome”

After Sound Sultan’s untimely death hours ago, I was opportune to make a survey of fans Favourite songs from him and the first that came from almost everyone out of at least 10 different persons was “Natural something”. The song is very melodic and he as usual, has a message to send across. On the song, he describes himself as a natural woman lover and not because he’s a player but because he naturally adores women. From a cross-section of fans survey, this is his best song.
Notable lyrics: “I no be Cassanova but I like woman Dem”

Which of these songs are your favourite?