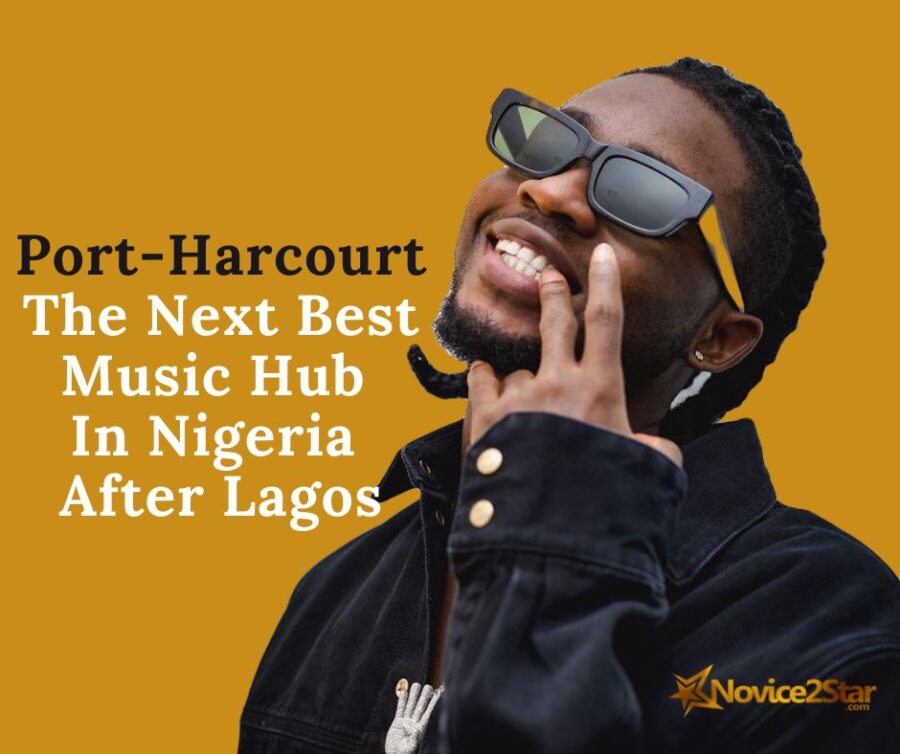 Over the years that Lagos have become the biggest entertainment hub spot in Africa, through a variety of multi-talented folks that have been refined and have been given the opportunities to showcase, create art, and grace the myraid lights of stages both on national and continental, and International spaces, the Lagos music sector, have grown rapidly, and have stood the test of time enough, as the frontier of it all.

Beginning from the likes of legends, Fela Kuti, Shina Peters, Raskimono, Sunny Ade and a host of others, who’ve laid certain level of influence and support to see the Lagos entertainment sector thrive, even before the elders of the Nigerian music industry caught up with the stint to develop the visions and embolden them for the vanguard’s to get caught up with them, as the elders of Nigerian music industry continued to raise the bar high enough for the vanguard’s to break through the limits, and now the new generations have arrived, only relating with the visions towards an upward trajectory of the industry’s transition in quote. All this development and evolution has continued to thrive in Lagos State entertainment industry.

The likes of elders, Tuface, Banky W, Don Jazzy, D’banj, Wande Coal, culminating the Mohits in between as well as the Plantashun Boiz, 9ice, Faze, Eldee, Kelly Handsome, and many more, delight to have been engraved as the industry elders who have passed on the baton to the vanguard’s. The likes of Wizkid, Davido, Burnaboy, Tiwa Savage, Tekno, even Mr. Eazi, and many more of them in their numbers have expanded the culture’s range, and is seeing it go to the hands of the new generation acts, who have come to amplify and set the entire cultural taste apart, and have been out to reach for the bigger heights, where the stars in global music exists in

In the Port-Harcourt entertainment industry, is also a range of super talented folks who rose to nationwide limelight only to set the pace for the industry to thrive, yet, a lot of evolution have taken cause lately, as the recent story of Port-Harcourt’s music and entertainment industry culminates a range of star-studded treats. In the beginning, Duncan Mighty’s effort was as strong as ever, even the incredible Mr. 2kay and M-kaze, as well as M-Trill in the hip-hop scene back then, when he also went further to earn varieties of recognition in the continent, thereby putting his city on the frontiers.

Other great stars include Frank De Nero, Sky B, Waconzy, LeriQ, Ijawboys all-stars, Timaya, and a host of others who’s artistry and works have been archived in the history books of Port-Harcourt music and entertainment industry. Julius The Genius Agwu, as well as Dan D Humorous, Arinze Baba, and others in the extraordinary comic scene, have entirely shaped the culture of comic bedrock right from the city. The evolution has continued to establish, as new waves of talents are been poured in, as some yet to be refined as many others are conquering spaces right from the south and down to create huge and a deliberate impact in the western parts of the country, and beyond, the Nigerian music spaces.

Today, Portharcourt has begun to build upon a bed rock of value that is confined to enlighten and help upcoming stars breed and develop the creative skills they posses. The South South Media Week, is a part of the bedrock established to build and develop the creatives of the city. ‘The Listening Party’ every last Wednesday of the month, that holds in Micheal’s Garden, where acts are given opportunities to showcase, reaching a range of demography that might find interest in what they curate. The Listening Party as well, have begun to assist the rapid and organic growth of the industry.

The Port-harcourt music industry has also proofed a point that is unarguable, producing one of the best new generation acts, Omah Lay, as well as Ajebo Hustlers and 1dabanton who’ve been taking over the airwaves in Nigerian music industry, and even beyond. The Grammy award winning Burna Boy, and LeriQ have continued to grow relentless, refuting weariness in his art as as he conjulates the creation of hid music in consistency and takes pride in his star power.

Burna Boy believes he is the biggest in all the ends of Africa, and he proofs it by conquering international spaces, selling the O2 Arena in London alongside the new generation acts. Burna Boy has curated an all successful story that comes with his city at heart by showcasing their creativity range right on the map as well. Port-Harcourt creators are special.

Duncan mighty’s rebirth, is undeniable. He was one of the most featured Nigerian singers in 2019. His effort on Wizkid’s “Fake Love” was strong and redeeming, alongside his delivery on Tiwa Savage’s “Lova Lova” and other records that bravely received his ingenius penchant ability, it was perfect. He laid a trademark in his city as well, earned himself a moniker that serves him right, as the Port-harcourt’s first son.

He is doing really well and have retained apt tracks alongside, with the vanguard’s and new generation curators in the scene. His most recent feat alongside Burna Boy, is another big sign how the city has become the next music hub in Nigeria, after Lagos, as they’ve taken pride to represent in genuine ways.

Timaya is doing well in between. Though he is Bayelsan, yet, was raised in the city fully. He released his 7th studio album, ‘Gratitude’, last year and have been up and doing good as to putting his city on the map as well as the other new generation acts who’ve continued to proof how adept and lustrous they’re. The likes of Dr. Barz, Swiss Horsfall, Kella Kay, Benjiszzy Zaaki, and many more who have been riding through the same path to reign, and take influence beyond their industry, that have begun thriving.

Portharcourt has been ready, the city has been preparing and today the talents they bear have also begun to grace the biggest stages. Omah Lay, performed at the O2 Arena in London few days ago, after Burna Boy made an official introduction for his appearance. The audience connected to the music and they embellished love upon him. Your most beloved Lay, is full grown Port-Harcourt, and their are others burgeoning to take lift up, high enough to reach for the moon. Port-Harcourt is the hub.

Omah Lay, even performed at the Yam Festival in London as well as other vanguards and new generation curators who took the center spotlight, in between. With that successful movement and stride alone, we believe it could be another stronger sign, and a deliberate effort showing the hardwork that the city has been laying. And that as well, you should believe the time is ripe for the Garden City to reap the fruits her predecessors have planted long before now. Long in time past as Port-Harcourt is unarguable, the hub after Lagos. They’re taking over.