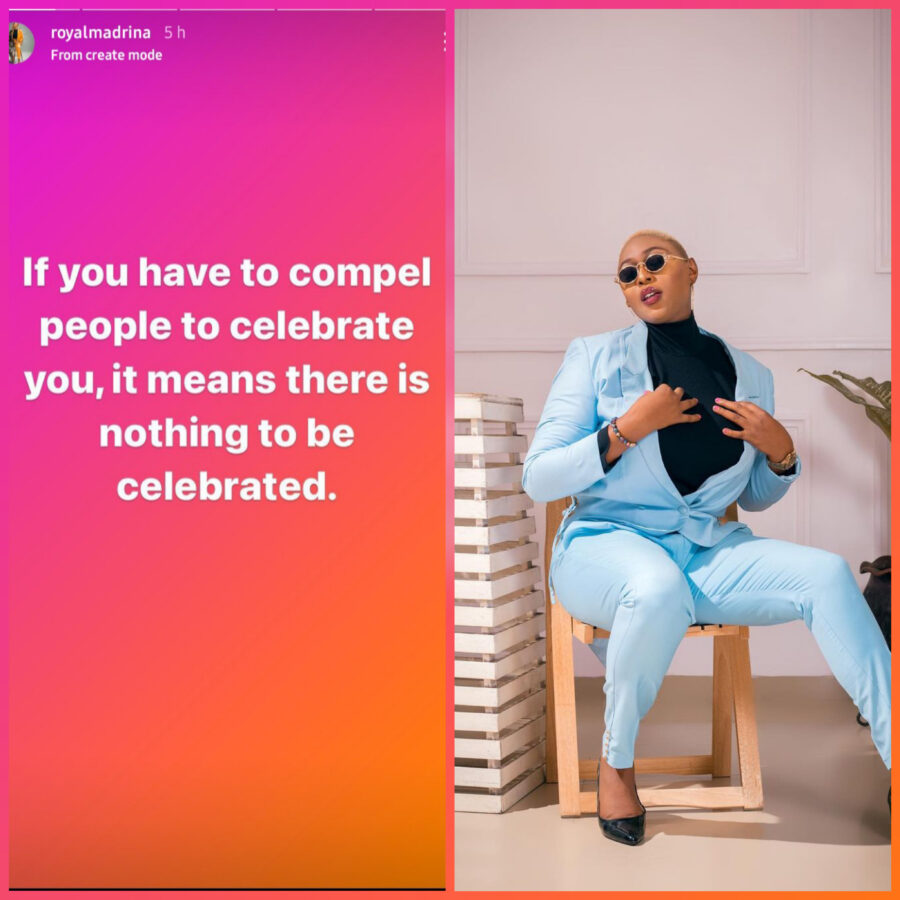 Nigerian rapper, Cynthia Morgan has called out Davido for raising money from his colleagues. The “German Juice” crooner on her Instagram story has expressed her displeasure about Davido’s actions.

According to her “If you have to compel people to celebrate you, it means there’s nothing to be celebrated”. This comment follows Davido’s call for his colleagues to raise him money to clear his new Rolls Royce for his birthday.

In less than 24 hours after the call, Davido had received more than 100 million naira and still counting. Cynthia Morgan isn’t the only one who’s commenting on this, some fans have said he owes it to his fans to organise a free show or donate the money to charity.

Some people have also said that Cynthia Morgan’s comment is to chase clout and to jump on the trend. Kindly share with us your thoughts in the comment section.