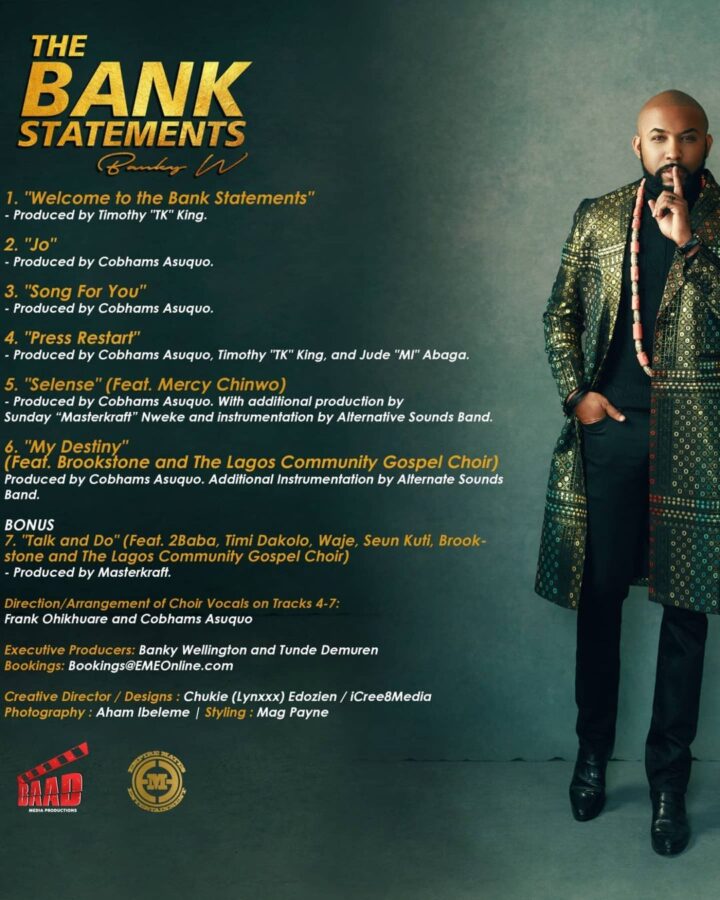 The EP features six tracks and a bonus track. Included in the EP is “Jo” which was released two weeks ago and features Adesua as his video vixen and co-dancer. Five out of the seven tracks were produced by Cobhams Asuquo.

The 7th track on the EP “Talk and Do” features Waje, Tuface, Timi Dakolo and Sean Kuti. Other tracks feature Mercy Chinwo, co-production with M.I Abaga and Timothy King.

Banky W and Adesua are one of the admirable Nigerian celebrity couple who keep everyone smiling as they grace our screens with their cuteness and resilience at staying afloat despite challenges.

Rewind to 2017, their wedding tagged #BAAD2017 flooded the social media space causing a stir. Today the singer while wishing his wife a happy wedding anniversary has promised to continue writing for her the rest of his life.

Stream “The Bank Statements EP” Below