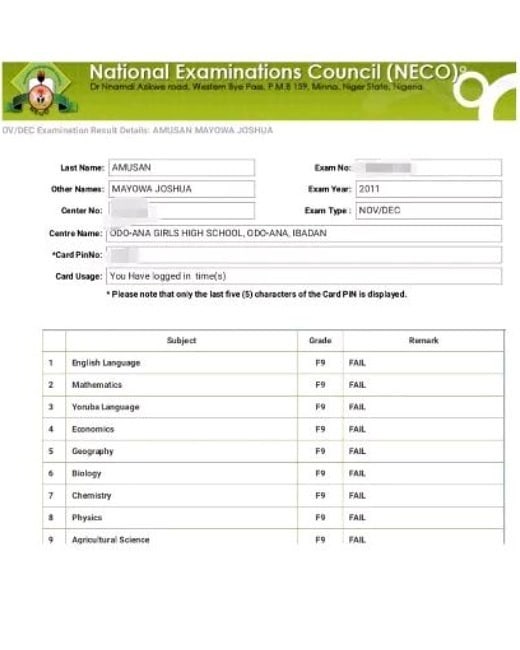 Mayowa Joshua Amusan, a fresh graduate of the University Of Ibadan shares his never say never story as he bags a BSc in Agricultural Economics after failing with parallel F9’s on his first attempt on NECO exams.

According to his narration it took him a total of three attempts to finally get the necessary grades to get admitted into a tertiary institution.

He first got into the Polytechnic of Ibadan to study Agricultural Technology where he graduated with a distinction from his tenacity to rewrite records.

After completing his program at the Polytechnic he shares how he was initially reluctant to take the application for the University of Ibadan. Mayowa has currently graduated with a first class honours and as the best graduating student of his department.