“Music legend, Majek Fashek teams up with 2Baba for No More Sorrow, a re-worked version of his 90’s hit track Holy Spirit from the 1991 Spirit of Love album. The classic song is reintroduced to a new generation of music enthusiasts via this updated version produced by Majek and mixed/mastered by Wole Oni.

‘No More Sorrow’ is a soul-lifting song in which Majek prophecies about Eldorado, a future where humanity lives in peace and harmony. With lyrics are heavily inspired by Biblical scriptures, Majek and 2Baba, two of the most critically acclaimed African performers of the last quarter of a century serve a message of hope to a world grappling with strife and seemingly unending crises.

2Baba who has repeatedly listed Majek Fashek as one of his biggest influences shines effortlessly beside the returning reggae legend on a song he has identified as one of his favourite Majek classics. He stated, “It’s an honour to collaborate with one of Africa’s greatest musicians of all time. To go from admiring him from a distance to actually having the opportunity to record with him and contribute to his legacy is something I cherish”.

Majek Fashek remains a strong force to reckon with in music as seen by his headline-grabbing performances at notable events this year. With the GistMe-funded release, No More Sorrow marks the formal return to the buzzing recording scene for the legendary ‘Rain Maker’ as he is fondly called by fans all over the globe.” 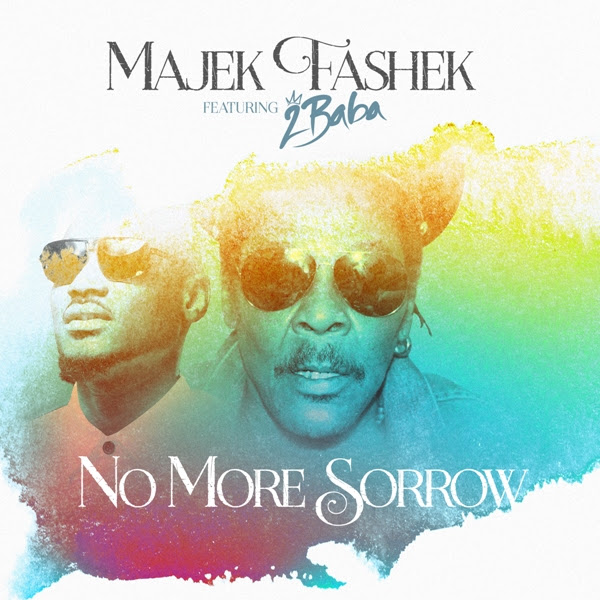