Port Harcourt first song Duncan Mighty is set to drop his 5th studio album after his previous album “Grace & Talent” which was release 2 years ago. The album according to Duncan Mighty will be dropping worldwide come the 16th of September 2016.

See the statement he shared on Facebook hours ago. Also attached below are the cover page and tracklist of the album.

“To God be the glory, my 5th studio album titled THE CERTIFICATE is set to drop 16 SEPT 2016 worldwide
‘It’s an album with variety of African port-harcourt hits with melodious vibes and lyrics that’s not just sweet when listening to it but also educates, add value to lives and most especially songs to motivate the youth on the streets. I intend to use the album to speak to Nigerian youths to shun violence and embrace their God given talent’.
Ladies and gentlemen fans and well wishers please help spread the good news one love #THECERTIFICATE #duncanmighty #duncanmightyourpride #buildanation #youngwealth” 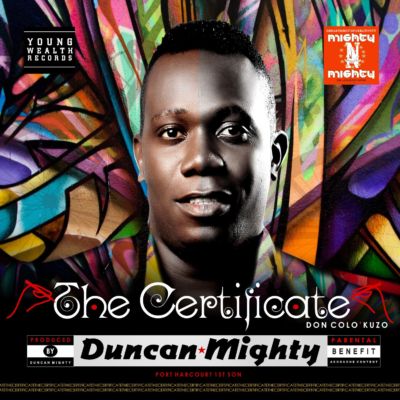 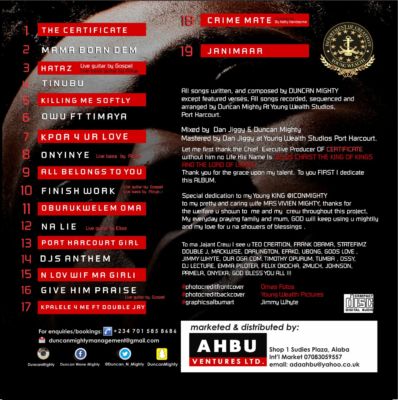